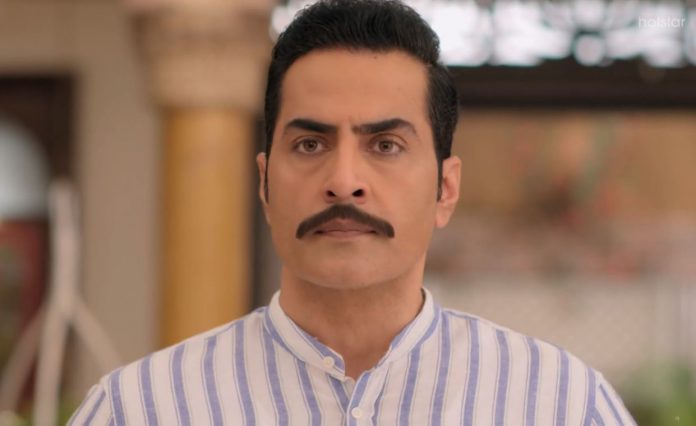 Anupama Paritosh suicide shock Vanraj accuses Anupama 29th August 2020 Vanraj limits Pakhi from getting her friends home. He tells her that if she comes with her friend, then the neighbors will get a chance to gossip. He tells that he knows everything happening in her life. She suspects that Anupama told him about the cigarettes matter.

Vanraj asks Pakhi to keep their respect in neighborhood. Pakhi argues with him by reminding that he also comes home with Kavya. She tells that he spends time with Kavya and also gets her home, which is also wrong. Vanraj reminds that he is a father, he will not tolerate any misbehavior from his children. He reprimands Pakhi for her wrong words. Pakhi gets upset with him. Anupama tries to console her. Pakhi gets angered.

On the other side, Baa tells Vanraj that he did right to explain Pakhi soon, else the little issues create a big trouble. Sanjay comes to meet Vanraj. He taunts Vanraj in a way that Baa and Anupama don’t learn anything. Vanraj worriedly takes Sanjay for a talk. He clarifies that Kavya is just a friend, she was upset and he was just consoling her.

He admits that his love confession was too much as a friend, but it was just a gesture to make Kavya feel happy. He denies his affair with Kavya. He tells that he was assuring Kavya that he will always be with her. Sanjay understands that he is lying. He calls his relation wrong. Vanraj tells that Kavya is a family friend. Sanjay asks him to remember the different between friendship and affair. He exclaims that he is Anupama’s brother and wants her future secured.

He warns Vanraj and asks him to never hurt Anupama. He asks Vanraj to realize that he is lucky to get her. Anupama asks Sanjay if there is any problem. Sanjay doesn’t reveal about Vanraj’s affair. He praises her innocence and goodness. He promises to always stand by her, she will never be alone. He gets emotional. She wonders what happened to him. Vanraj gets relieved that Sanjay didn’t tell anything to Anupama and left soon.

Moreover, Kavya is worried that Vanraj didn’t call her to tell about Sanjay. Anirudh asks her why is she so stressed. Vanraj calls Kavya and informs her that he has handled Sanjay well. He doesn’t want to take stress. He tells her that she doesn’t need to worry, since its his duty to answer his family. Anirudh asks her to realize that Vanraj will never give their relation a name, since he is married to Anupama. He makes Kavya feel insecure.

Kavya gets into a dilemma when he tells her that her affair will always remain an affair with no future. She gets upset. Later, Anupama learns about Paritosh’s suicide attempt. She is shaken up, while Vanraj blames her for the carelessness towards the children. He gives her time to fix the problem. He threatens her angrily.

Reviewed Rating for this particular episode Anupama Paritosh suicide shock Vanraj accuses Anupama: 3/5
This rating is solely based on the opinion of the writer. You may post your take on the show in the comment section below.