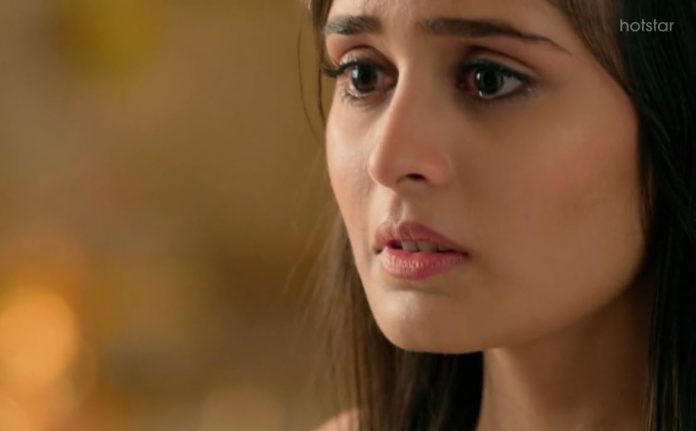 Rishte Pyaar 29th August Preview Mishti learns the truth Abir and Mishti tell the families that they are ready to plan the baby. Abir tells that there is no good news right now, they shouldn’t be so excited so soon. He hides his sorrow and tears. Mishti tells that Nidhi will break the pregnancy news when it happens.

She tells Abir that she feels blessed to see the family happy, she had hurt them in the past unknowingly, but seeing them happy, she got new hopes. She wants to keep both the families united. The families are really very excited for the baby and think of their promoted roles. Abir makes a work excuse and goes to meet the doctor. Meenakshi cries her heart out. She tells Maheshwaris that she had a love marriage with Mehul, who cheated her dad in business.

She feels sorry that she was busy in responsibilities and couldn’t give mum’s love to Abir. She tells that she wants to give much love to Abir’s child. She gets too emotional. Her feelings reach Mishti’s heart. Mishti hugs her. Rajshri tells that Meenakshi is really emotional, though she appears strong.

Vishwamber and Rajshri praise Mishti and call her their world. They tell how lucky they were to get her in their lives. Kuhu feels odd, but doesn’t think much seeing everyone praising Mishti. Mishti is thankful to Vishwamber and Rajshri for all their love. Jasmeet asks Kuhu to see how much love Mishti is receiving just with the thought that she will be giving an heir to the family. She asks Kuhu to talk to Kunal about planning a child. Kuhu doesn’t want a baby soon.

Abir thinks why did Mishti get sorrow in her life when she wants to keep everyone happy. Abir speaks to the doctor. He learns that Mishti can’t conceive, even if she does, then she will face a miscarriage due to the internal injuries. Doctor advises him not to plan the child, else the trauma of losing a child will trouble both the parents a lot. Abir is shattered. He asks if there is any solution. The doctor doesn’t give him any hopes. Abir learns that Mishti’s life can fall in danger, if she conceives. Abir doesn’t want the baby.

Kuhu tells Kunal that Mishti and she had come on good terms, but Varsha and Jasmeet are brainwashing her to plan a child to compete with Mishti. She tells that Varsha wants their baby to come first. Kunal clears out that he isn’t ready for the responsibility, he has to focus on business and also her. He wants to make their relation stronger before planning the baby. Kuhu likes his decision. She pulls his leg.

They go to Meenakshi, who declares that she will be giving her share in business to Abir’s child. Meenakshi makes a promise to gift the property and business share to Abir’s child. The family is happy to know this. Jasmeet wants Kuhu to react on the news. Mishti wants to give the happiness to entire family. Abir is troubled seeing the family making plans for the baby. He wants them to slow down and not pressurize them. Meenakshi finds him sorrowful.

He isn’t able to tell the truth to anyone. Meenakshi tells him that he should share the matter when she is asking for it, she can help him unlike the old times, when she never asked him for his issues. She regrets that she never did a mum’s duty. She asks him to share the problem without any lies. Abir tells her about Mishti’s internal injuries, the truth that she can never conceive. Meenakshi asks when did Mishti get injured. He tells that he wasn’t with Mishti when Varun attacked her. He feels he couldn’t protect her. He feels guilty.

Meenakshi worries and pacifies him. She tells that she will find a solution. He tells that there is no hope, taking a chance will risk Mishti’s life. She asks him not to lose hope, he can’t give up when its about Mishti. She takes a day’s time to find a way to help Mishti. Abir reveals to Mishti about the new problem in their lives. He tells her the truth that she can never conceive, which breaks her down.

Reviewed Rating for this particular episode Rishte Pyaar 29th August Preview Truth breaks out: 3/5
This rating is solely based on the opinion of the writer. You may post your take on the show in the comment section below.