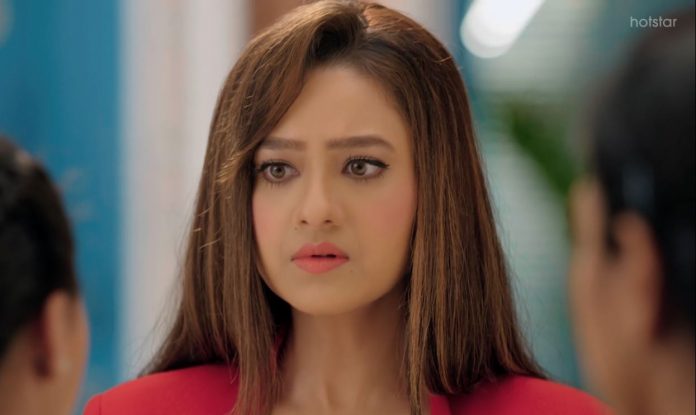 Anupama Starplus New storm Kavya guilty Paritosh shocker Vanraj returns home after a long walk. He tells Anupama that he liked the food and had overeating issue, so he had to go for a walk after dinner. Anupama tries to talk to him about Pakhi’s matter. She wants him to explain Pakhi with love, rather than scolding with anger. She tells him that Pakhi is close to him, she is much upset that he scolded her in front of everyone. He tells that Pakhi misbehaved with him, she was wrong and needed a scolding.

He tells that Anupama also scolds Pakhi. She exclaims that his words affect Pakhi a lot. She asks him to allow Pakhi’s friends home, like his friend Kavya. He gets offended when she names Kavya. She asks him to have a broad thinking and give freedom to children. Vanraj tells that he will not tolerate his children’s bad behavior.

She tells that its still in their hands to limit their children’s behavior. He agrees to her point. He tells that if she spoils their children further and risks their future then he will not spare her. Anupama finds him angry and thinks its not the best time to talk about Paritosh’s marriage. She wants him to agree for the alliance talks. Meanwhile, Paritosh loses hope that he will be marrying Kinjal.

He adds that he trusted Anupama and came back home, but she doesn’t care for his happiness. He feels bad that he isn’t able to talk to Kinjal. He gets against Anupama. He feels she cheated him with fake promises to get him back just to satisfy Vanraj’s ego. Samar asks him to trust Anupama, she is trying to convince Vanraj. Paritosh tells him that he will end his life if he loses Kinjal. He threatens Samar. Samar gets worried on hearing his depressing talks.

Later, Vanraj tries to patch up with Pakhi, but fails. Anupama speaks to him about Paritosh and Kinjal’s alliance talks. She tells that they can visit Rakhi and Pramod to fix the marriage date. She tells that once they initiate the talks, things will get fine. Vanraj refuses to her request. This rages Paritosh, who confronts Vanraj for his denial. Vanraj tells him that Kinjal’s parents should come to them to request for the alliance, only then the marriage would happen.

Paritosh asks him if his marriage wouldn’t not be possible if Rakhi doesn’t side her ego and comes to talk to them. He doesn’t think Rakhi will ever come. He thinks Kinjal and his marriage won’t happen now. He is hurt by Vanraj’s adamancy. Anupama asks him to trust Vanraj. Paritosh feels Vanraj just loves his ego. He tells that Rakhi was ready for the alliance, but Anupama spoiled it. He feels Vanraj will never accept Anupama’s request. He regrets to come home by believing Anupama’s promise. He asks Anupama not to make fake promises. He accuses her for getting him home just for Vanraj’s happiness.

He angrily goes out of the house. He feels terrible. Vanraj loses his cool on hearing his taunts. Vanraj vents anger on Anupama by blaming her. He feels she has ruined the peace in the house. He leaves for office. Anupama feels sorry when Baa also blames her for the ugly argument between Vanraj and Paritosh. Anupama gets Samar’s support. Samar tells him that Paritosh isn’t fine, he is depressed and spoke negative about his life. Anupama gets scared recalling the nightmare. She doesn’t want anything to happen to Paritosh.

She sends Samar to look after Paritosh, while making prayers for her children at home. She hopes that Paritosh returns home soon. Pakhi gets bitter towards Anupama when she finds her mum worrying for Paritosh. She tells that Anupama didn’t support her when Vanraj scolded her. She blames Anupama. She doesn’t think Anupama is passing as a good mother. She gets rude towards Anupama. Kavya happens to come home to meet Vanraj. She finds Pakhi misbehaving with Anupama. She asks Pakhi to just correct herself. She tells that she can’t talk to elders like that.

Pakhi apologizes to Kavya. She asks Kavya to explain Vanraj and Baa that friends can come home, being friends doesn’t mean that there is an affair. She asks Kavya to tell the family if she broke Anupama’s trust by having an affair with Vanraj. Her words leave Kavya speechless. Kavya feels sorry when Pakhi shows her the mirror. Paritosh’s suicide attempt brings a storm in Anupama’s family. 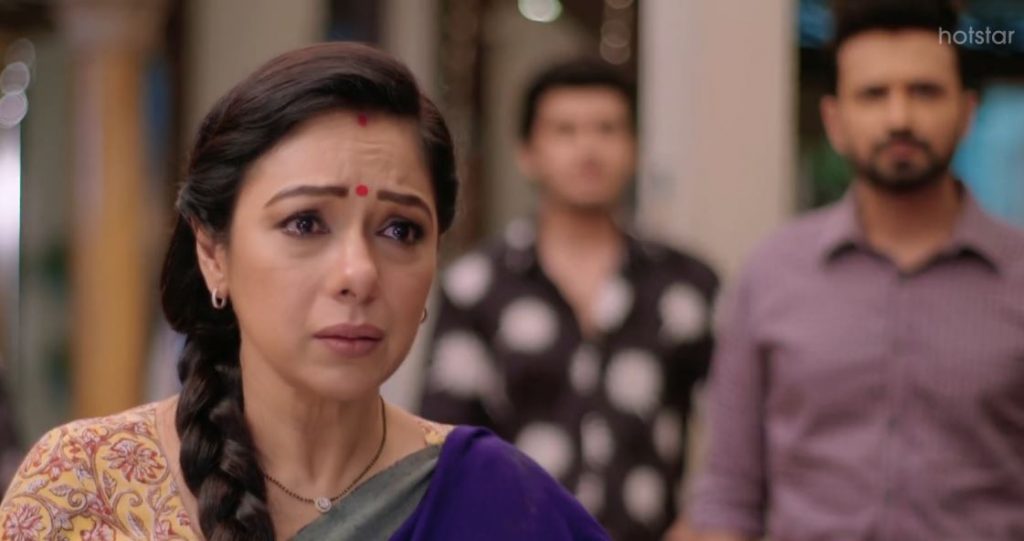 Reviewed Rating for this particular episode Anupama Starplus New storm Kavya guilty Paritosh shocker: 5/5
This rating is solely based on the opinion of the writer. You may post your take on the show in the comment section below.