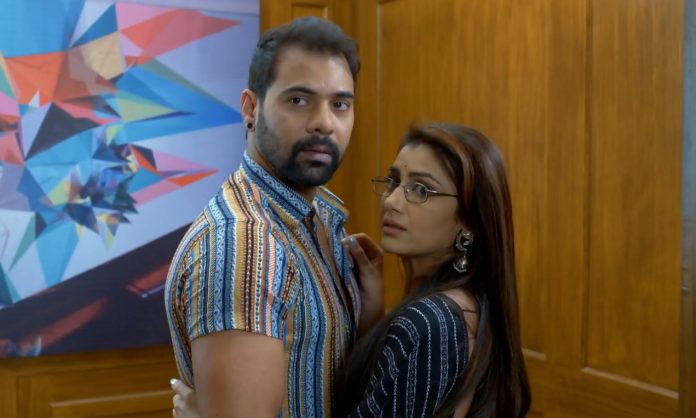 Kumkum Bhagya Pragya misses to confront Abhi Pragya arrives at Abhi’s office to meet him. Abhi speaks to his lawyer to arrange Prachi’s bail. Abhi wants him to find some way. Lawyer tells her that Prachi’s bail isn’t possible, and even her mum will be dragged into the case. Abhi learns that Prachi’s mum has come to confront him. He doesn’t know what to reply her. He wants to find a solution before meeting her. He knows Prachi is innocent.

Meanwhile, Ranbir takes care of Rhea on bringing her home. Rhea tells Pallavi that they went to meet Prachi at the police station and came across Maya as well. Pallavi gets angry on him. He accepts that he went to meet Prachi. Ranbir calls Abhi to know if he arranged the bail. Abhi feels helpless. Rhea informs Aaliya that Sanju bailed his aides and could have been caught by Ranbir. Aaliya asks her not to stress. Pallavi scolds Vikram for lying to her.

She asks him to end his friendship with Prachi. Rhea praises herself for executing her plan. She gets glad. Ranbir gets upset with Pallavi. He wants her to leave him alone. Pallavi asks Vikram to explain Ranbir that he is wrong. Ranbir tries to think of some plan. He recalls Prachi. He tells Aryan that he has seen Sanju at the police station. He wants to find a way to nab Sanjau and find the truth. Vikram and Pallavi get into an argument. Vikram defends Prachi.

Pallavi asks Ranbir to take time. Abhi leaves from the office just before Prachi enters his cabin. Rhea tells Aaliya that she has seen Ranbir going to meet Prachi and began her plan. She had taken Maya to the police station and tried to create a misunderstanding between Ranbir and Prachi. Ranbir tells Aryan that he has to find Sanju by making a plan. Rhea tells that Prachi yelled at Ranbir and couldn’t get any clarification, they aren’t talking now. She gets overjoyed. Aaliya tells that she is glad. She asks Rhea to pass the money to Sanju.

Rhea calls Sanju and asks him to collect the cash. He asks her to come home and give the cash. He tells that his house is the safest place. Rhea feels none can catch her into the act. Sanju is glad that Ranbir isn’t following him. Ranbir follows Sanju and feels Sanju is involved in the robbery case. He knows that Sanju is the mastermind of the robbery, he had framed Prachi. He gets Sanju’s address from the bail papers.

Sanju is overconfident that Ranbir can’t reach him. Pragya yells at Abhi and confronts him for backstabbing Prachi’s faith on him. She doesn’t find him. Prachi misses Ranbir. She realizes her feelings for him. She wishes she could tell him about her feelings. She doesn’t understand her feelings and the reason. She wants to be clear of her emotions first before making a confession. She thinks if its her love. She doesn’t want any dilemma. She recalls Ranbir and her moments. She realizes that she really loves Ranbir.

Pragya meets the lawyer and thinks he is Mr. Mehra She tells that she is Prachi’s mum, she is much hurt unlike him. Lawyer tells that he is working hard to bail Prachi. She assumes him to be Abhi and scolds him for putting Prachi in risk. She calls him wrong. He tells her that he isn’t Mr. Mehra, he is his lawyer, who has come to find a solution to bail Prachi. She asks him why is he acting and lying to prove himself right. He shows his Id card. He tells that Abhi has gone to meet Ranbir. He asks her to wait for Abhi to return. He tells that he was studying Prachi’s case. She apologizes to him. He tells her that he understands her pain. She waits for Abhi in his cabin.

Reviewed Rating for this particular episode Kumkum Bhagya Pragya misses to confront Abhi: 2/5
This rating is solely based on the opinion of the writer. You may post your take on the show in the comment section below. 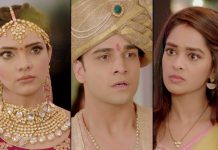 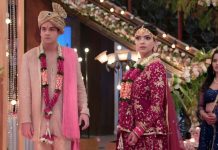 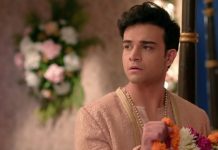