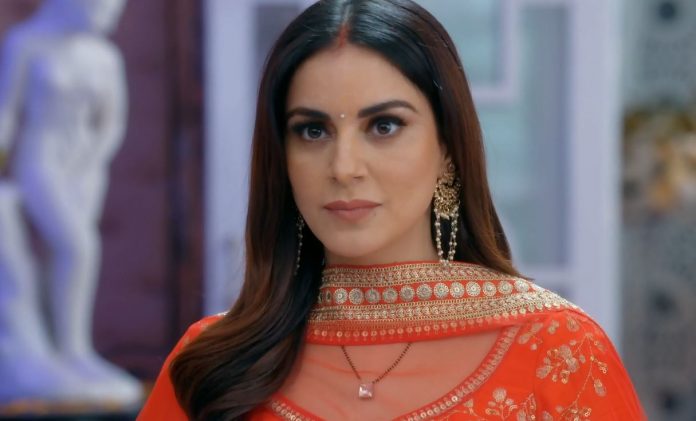 Kundali Bhagya 2nd September Preeta’s legal claim Sarla accepts Karan and Preeta’s marriage. She feels Preeta that she loves Luthra family a lot and can fight the world for them. She tells Preeta that she can do anything, being Karan’s legal wife. She asks Preeta why didn’t she tell Sherlyn and Mahira that she is Karan’s wife. She adds that Karan is a wrong person, she will not forgive him, but knowing the motive of reason, she will support Preeta.

She exclaims that Preeta should have not come back. She encourages Preeta to go back to claim her rights on Luthras, throw out Sherlyn and Mahira and just protect Mahesh. On the other side, Prithvi recalls the slap by Sarla. He feels humiliated. He can’t accept that she has slapped him. He gets revengeful. He takes a u-turn to go back to Sarla and teach her a lesson. Sarla teaches Preeta to become bad to show right place to bad people.

She knows that Preeta will always pick the right path. She asks Preeta to remember her goals. She tells her that if she can’t fight for herself or saves her dignity, then she cant fight for anyone. She asks Preeta to raise a voice for herself first then begin fighting for others. She cries out that its a tough battle, but still the family will support her. She wants Preeta to just go back and get her rights. She tells that she will come to encourage her whenever she calls her. She knows Preeta is very strong and brave.

Preeta gets strength from Sarla. She feels she can do anything if Sarla is with her. She doesn’t want to cry like a helpless woman. She tells that she understood what Sarla taught her, she will fight and win, she will make Sarla proud of her. She wants to prove that she can fight for her dignity and rights. She thanks Sarla for supporting her and instilling faith. Sarla hugs her. Meanwhile, Karan gets drunk. He thinks of Preeta.

He doesn’t want to forgive her or accept her as his wife. Bani and Kareena decide to get Mahira and Karan married. They don’t want Ramona to get worried. They declare their decision to Rakhi. Bani tells that they shall clear the matter with Karan as well. Karan and Rishabh get a shock when Mahira reveals the elders’ decision of keeping the marriage. Karan asks the family to do as they want. He gives his nod. Preeta goes to Luthra house, while a drunken Prithvi lands at Sarla’s house. Sarla asks him to leave and come to talk when he is in his senses.

Prithvi tells her that he isn’t a bad guy, he didn’t do anything wrong. He reminds his favors. He tells his sobbing story. He counts her mistakes. Luthras receive a huge shock when they see Preeta at the door. Preeta makes an unexpected entry to claim her rights on Karan. Mahira and Sherlyn shout on her and want her out of the house. Preeta tells them that Mahira is the guest, she should leave the house. She tells that she is Karan’s legal wife.

Karan calls it enough. Sarla apologizes to Prithvi for his insult. Prithvi asks her how will he find happiness and peace in his life, after Preeta left him. He accuses Aroras for ruining his life. He tells Sarla that Karan cheated him. Sarla scolds him for making Preeta a thing to bet for. She warns him to not speak anything against Preeta’s choice Karan. Sarla wants him out of her house.

He angrily threatens Janki. Karan asks Preeta about her arrival. Preeta gets the NGO to get their help and formally announce her marriage with Karan. She wants her rights on Luthra family. Rakhi, Sameer, Rishabh and Kritika get happy with Preeta’s move. Karan gets helpless to accept Preeta to save his family and respect. He doesn’t want Preeta to defame his family in front of the world by involving the NGO, media and police. He welcomes Preeta in his house. Watch the exciting promo below.

Reviewed Rating for this particular episode Kundali Bhagya 2nd September Preeta’s legal claim: 3/5
This rating is solely based on the opinion of the writer. You may post your take on the show in the comment section below.