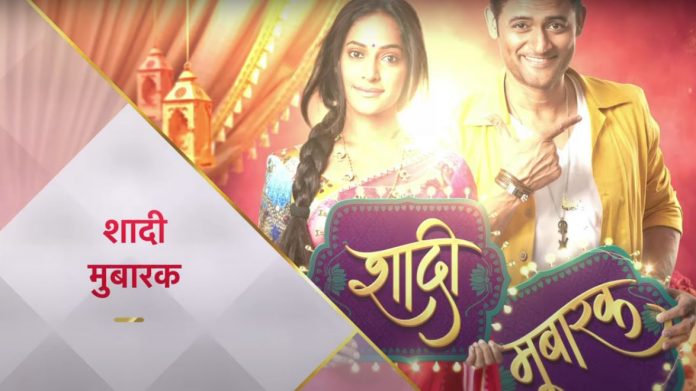 Shaadi Mubarak Promo Kusum Preeti unexpected twist Juhi and Sumedh bring Preeti home, but they face a tough time when they find Kusum unwelcoming Preeti. Juhi takes Preeti to her room. Preeti doesn’t want to stay in Kusum’s house. Kusum gets rude towards Preeti, even after knowing the entire story of Tarun’s misbehavior. Priyanka tells Sumedh that Rati is the root cause of all the problems. Sumedh asks his family not to hurt Preeti’s sentiments.

Kusum tells him that she already knew that Preeti will suffer because of Tarun and Rati. She had foreseen this day. Preeti doesn’t think Kusum will be happy to keep her home. She tells Juhi that she doesn’t want to stay with her. Juhi asks her not to think so, if she is her daughter, then it doesn’t mean that she has no rights or responsibilities like a son holds. She convinces Preeti to stay with her. Sumedh asks Kusum about Preeti’s comfortable stay.

Even their house isn’t too big. He worries for Preeti’s stay. Preeti feels the society will not let her be in peace, knowing she shifted to her daughter’s in-laws. Juhi wants her to stop overthinking. She asks Preeti to have food. They get to see Priyanka creating a scene on losing her room. Priyanka feels Kusum always makes her sacrifice her things. She is hurt by the injustice. She argues with the family.

Sumedh scolds Priyanka to limit her. Preeti feels she is the reason for their problems. Juhi asks her to focus on herself, not the problems. On the other hand, KT is much affected by Preeti’s suicide move. He wonders her life’s troubles, which are too big that she has tried to end her life. He wants to meet Preeti and know if she is okay. KT feels connected to her pain. Preeti is in pain recalling the way her son had ousted her.

She feels bad that she lost Tarun. She doesn’t want to lose her esteem. She faces Kusum’s strange behavior. Kusum taunts her for eating food in daughter’s Sasural. Preeti is homeless and helpless. She thinks to leave Kusum’s house. Kusum then acts friendly towards her. She asks Preeti to regard her a good friend. She hugs Preeti and encourages her to move on. Kusum and Preeti’s friendship is the unexpected twist in the show. Watch the promo below.

Reviewed Rating for this particular episode Shaadi Mubarak Promo Kusum Preeti unexpected twist: 4/5
This rating is solely based on the opinion of the writer. You may post your take on the show in the comment section below. 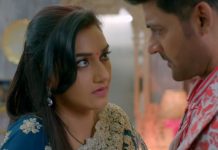 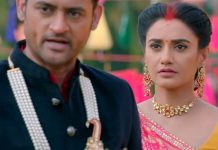