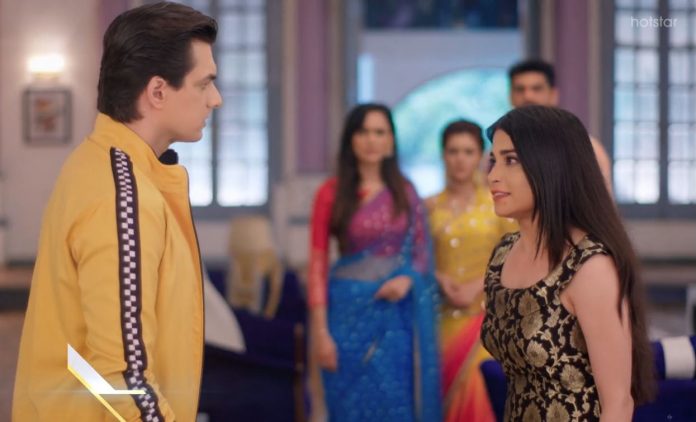 YRKKH Kirti Kartik spat upcoming 2nd September Naira is much hurt by Kartik’s indifference. She didn’t wish to create any scene on her birthday. She tells that she wants Kartik to understand her relations with the family, Manish is her dad as well, she also worries for his life and safety. She wants Kartik to know that surgery is the best option for him. She can’t let him decide solely by going against the family. Kartik doesn’t listen to her at all. Her efforts go in vain.

She finds him still stubborn and having the same opinion. She apologizes to the family for her decision to leave. She feels her limit to tolerate is breaking. Kartik is testing her patience. She apologizes to Manish. She prefers to leave with Singhania family. Kartik gets hurt when she leaves. He feels none in the family is understanding his fears and decision. He is hurt that Naira too didn’t understand him. He tells Manish that he doesn’t want the surgery, since his life is more important than well-being.

He can handle Manish in an unstable state than losing him forever. He tells that he can’t decide for the surgery when he can’t revert it if it goes wrong. He hopes that Manish understands him. Kartik tells that he will spend all his life in looking after his dad. Surekha, Suwarna and Gayu have an emotional outburst.

They confront their Lord for giving them sorrow when they worship him so much. Surekha feels their problems are never ending, while Suwarna counts her life’s miseries. Akhilesh tries to calm them down. He also breaks down on hearing Suwarna’s painful speech. Kirti and Singhanias find Naira in pain. Kirti feels bad. Naira cries a lot. Her family gets upset to see her. Naira tells them that she has come when she failed to tolerate Kartik’s silence. She thinks she made a mistake to leave Manish and Suwarna, who need her a lot.

She calls the family to apologize to them. Suwarna tells her that she is feeling sorry for her. She wanted to end Naira’s sorrow. Naira tells that she isn’t angry on Kartik, but worried for his attitude. She wants Kartik to take the right decision for Manish. She tells that Kartik should think what’s right for Manish, his recovery should be their goal, they should take a risk and get the surgery done. The family understands her and want her to take care of herself.

Naira tells them that she will come back home if they need her help, even if Kartik doesn’t call her. She tells that Manish is her dad as well and she doesn’t need to prove it. Suwarna asks her not to worry, she will call her soon. Naksh finds Naira trying to research about Manish’s surgery. She tells him that she is trying to contact a big neurosurgeon to talk for Manish’s case. Naksh gets glad seeing her positivity. She tells him that Kartik should talk to the surgeon once and end his doubt. She asks him to talk to Kartik and explain him.

He doesn’t know if Kartik will listen. The family doesn’t want him to speak to Kartik. They ask him to talk to Kirti, who can explain Kartik. Naksh tells that he didn’t even take Kirti’s opinion about the surgery. Naira gets sorrowful and dances, while awaiting Kartik’s call. Kartik stays angered and doesn’t make a call. Naira dances till she gets tired and hurt. Chori finds her in pain. She goes to take care of Naira.

The Singhanias get happy to see their bonding. They want to keep Chori with them, finding a strange connection with her. Kirti takes charge to explain Kartik his mistake. She plays the same scene and claims sole rights on Manish. Kartik gets into Naira’s place and suffers. He realizes that he has been unfair to snatch Naira’s rights. He goes to get Naira home. 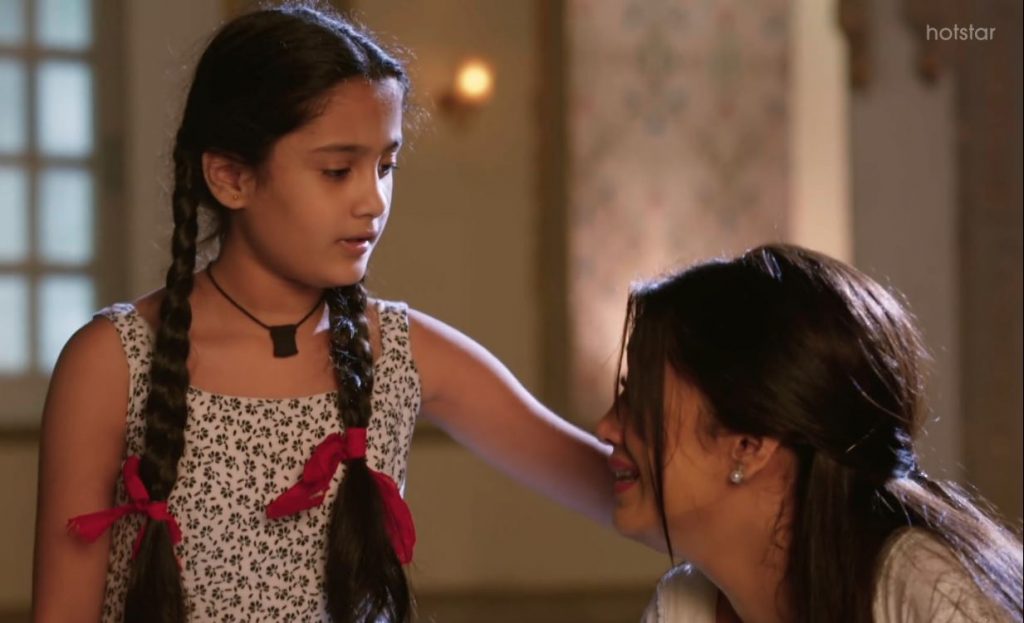 Reviewed Rating for this particular episode YRKKH Kirti Kartik spat upcoming 2nd September: 2/5
This rating is solely based on the opinion of the writer. You may post your take on the show in the comment section below.