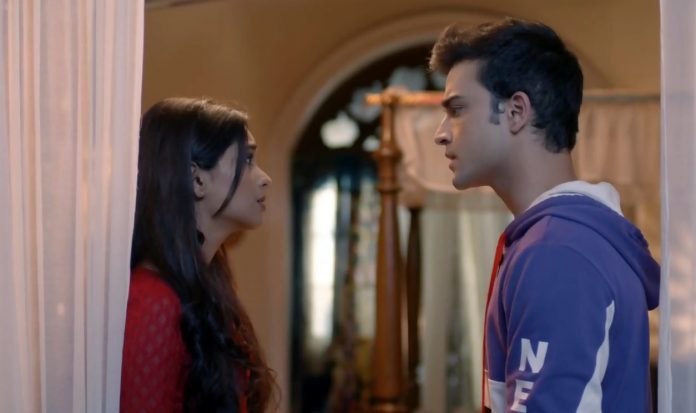 Kumkum Bhagya Wedding Spoiler Alert Ranbir Prachi Ranbir and Prachi have a longing for each other. Prachi thinks if she is in true love with Ranbir, the love about which Pragya used to tell her. She wants to be loyal and devoted towards Ranbir. Ranbir also thinks that he is made for Prachi. He makes a wish to always stay with Prachi. He can’t live without her. Prachi feels happy with the thought of love. She reminisces the times spent with Ranbir.

Ranbir wishes that their peaceful old moments return for them. Other side, Rhea is much revengeful against Prachi. She can’t tolerate Prachi snatching Ranbir. Rhea wants to tackle Maya first. Maya speaks to Rahul. He is scared that she will marry Ranbir and not divorce him. She asks him to trust her, she will divorce Ranbir. He tells her that Ranbir is rich, but he doesn’t love her. He assures to always love her. He gets insecure.

He doubts that she is going to cheat him. She asks him not to break her trust. She doesn’t want to drink alcohol. Rhea calls her to fix a meet. She is much angered that Maya double crossed her. She asks Maya why did she get serious about Ranbir. She reprimands Maya for snatching Ranbir. Maya doesn’t want to back off. She tells Rhea that she wants to marry Ranbir. She advises Rhea to forget Ranbir. She threatens to expose Rhea’s planning.

She tells that Ranbir and entire family will hate her only the evil plans. She adds that Prachi will snatch Ranbir even if she steps back. Rhea angrily slaps her. Maya pities Rhea and spares her. Dushyant overhears their conversation. Maya asks Rhea to control her anger. Maya tells that she will keep their secrets and respect their friendship.

She warns Rhea and shows her the door. Rhea fails to convince her. She declares that she loves Ranbir and she will marry him. She doesn’t think anyone can come in her way. Dushyant forgives Maya on knowing her past mistakes. He asks Maya to just be alert since many enemies are trying to stop the marriage. Dushyant threatens to expose Aaliya and Rhea if they come in their way. He wants to ensure Maya’s happiness.

Later, Ranbir reaches Prachi’s place to meet her. He is tensed about Maya and his marriage. He tells that Maya and Rahul have planned everything for money. He doesn’t want to get into any meaningless relation. He wants to marry Prachi. They have a moment of unspoken love. Furthermore, Rhea breaks down. She meets Abhi and tells that she doesn’t want Ranbir’s marriage to happen with Maya. She failed to stop Maya. She asks him to do something and stop the marriage. Abhi tells that Ranbir has to stop his marriage himself.

He wants Ranbir to seek his help and explain his wish. She tells that Ranbir can’t emotionally blackmail him, that’s why he isn’t coming to ask for help. Abhi tells that he can do anything for Ranbir. He doesn’t think the marriage will happen. Rhea gets glad to know it. Ranbir tells Prachi that he wants to be with him. She gets glad. He requests her to always be with him, he feels happy and strong. He is sure that she will always save him.

Prachi promises to be with him forever. He promises to always support her. They both want each other’s trust. He tells her that he would wait for her. She decides to stop his marriage with Maya. She gets threatened by Dushyant. Aaliya wants to stop the marriage so that Rhea marries Ranbir. Ranbir gets saddened to get welcomed by Maya’s family.

Reviewed Rating for this particular episode Kumkum Bhagya Wedding Spoiler Alert Ranbir Prachi: 2/5
This rating is solely based on the opinion of the writer. You may post your take on the show in the comment section below.