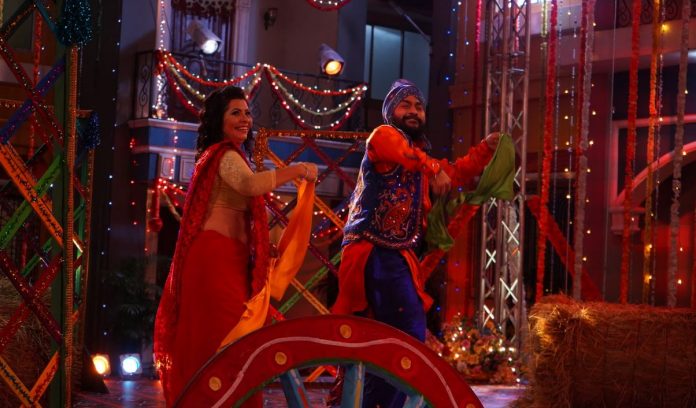 Taarak Mehta Ka Ooltah Chashmah The Tempo Picks Up As Each Gokuldhaamite’s Performance Ups The Ante For Rangarang Karyakram Sept 04, 2020: The upcoming episodes of Neela Film Productions Private Limited’s Taarak Mehta Ka Ooltah Chashmah (TMKOC) will see the Gokuldhaam Society’s residents trying to outdo each other with their performances. After Tapu sena’s brilliantly executed act, it may seem like no one can top it, but wait until Champakklal takes the stage. Next up are Popatlal, Champakklal and Roshan and Sodhi. And each of their performances are just fantastic!

“Jethyaa was hoping that we both perform together but I had a solo performance in mind and so I am ditching him this year J. I am a disciplinarian, but also I have a lighter side and my dance performance will show the Jalwaa. I’ve got moves!” says Amit Bhatt, who plays the role of Champakklal in the show.

The next in queue are Roshan and Sodhi who have planned to entertain everyone with a Lezim-Punjabi fusion performance. “Roshan and I are going to surprise everyone with our performance. No one has a clue about which song we’ve picked to perform our dance on. I hope viewers will enjoy the performance as much as we did while shooting for it. The energy is high and everything is vibrant so, chak de phatte!!” says Balvinder Singh Suri, who plays the role of Sodhi in the show.

Popatlal, as we all know, is a focused person whether it is with regards to his profession or in his personal life. He is well-settled in his professional life but has been looking for a suitable bride for himself since forever now. And his prayers to Bappa pretty much reflect in his performance for the Rangarang Karyakram.

“Bappa has blessed me with everything. I have a great job and I love what I do. All that I need now is a companion for life. I am tired of having tea all by myself and badly want someone to share it with. Yup, I am going to perform on a hit Bollywood number ‘ek garam chai ki pyaali ho… koi usko pilaane waali’. I am sure you have guessed the song and I am also sure that you’ll enjoy watching me perform my dance to it,” says Shyam Pathak, who plays the role of Popatlal.

Quite a few residents are still undecided on their acts or performances but Tapu sena has something very special up their sleeves. The next few episodes are packed with humour, comedy, fun, entertainment and high levels of excitement. And one has to watch it to experience it. So, watch Neela Film Productions Private Limited’s show Taarak Mehta Ka Ooltah Chashmah from Monday to Friday at 8:30pm only on SAB TV.