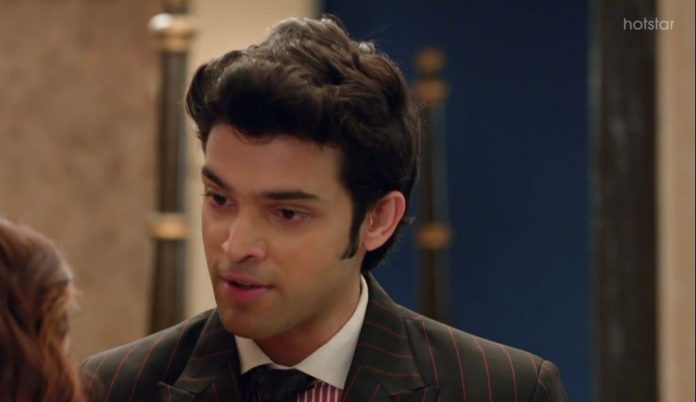 Kasautii Update Anurag unexpected decision coming next Prerna and Samidha’s bond gets stronger with time. Samidha gives the shawl gifted by Anurag. She makes sure that Prerna stays warm. She wants Prerna to recover soon, since she wants to see her fine. She tells Prerna that she wants her to get okay. She turns Prerna emotional by her innocent talks. Prerna knows Komolika is using Samidha for her plans, knowing she loves Samidha so much.

Priyanka observes Prerna and Samidha’s bond. She finds it really unique, as if they really have some blood ties. She wants Samidha to come along and focus on her exams. Samidha wants to spend time with Prerna. Prerna promises to visit her. She also wants Samidha to study well and make her name. Samidha takes her leave. Prerna starts missing her.

The next scene brings Anurag into repenting mode. Anurag repents for his huge mistake of ruining Prerna’s trust. He was helpless to part ways with Prerna to secure her future. He wanted to see her as a strong person, which she has become now. He feels hurt by her anger and hatred. He wants to see her love for him. He gets emotional thinking of her bitterness. He wishes to become selfish, tell her the complete truth and win her back. He wants Prerna in his life just like before, when they used to stay happily.

He feels incomplete without her. He knew the pain he is inviting in his life, post separation with her. He now feels that its intolerable pain. He can’t face Prerna’s hatred. He wants to gather courage so that he can tell her the entire truth behind his misdeed. He wants Prerna to trust him again. Anurag drinks a lot while missing her. He ignores Komolika and leaves her furious. Komolika knows that Anurag is restless since he got close to Prerna in the ice cellar. She knows his feelings got revived for Prerna.

She wants to punish Prerna for snatching Anurag again. She regrets to lose Sneha, who would have been her trump card to control Prerna. She wants Prerna to lose her entire business for Samidha’s sake. She hopes Prerna gets away from Anurag’s life. Anurag stays in pain, which reaches Prerna’s heart. Prerna feels uneasy and falls in a dilemma over Anurag’s truth. She wants to trust him, but can’t forget his big deceive.

Prerna recalls Anurag back stabbing her trust. Anurag and Prerna long for each other. Mr. Bajaj makes an entry back and showers his care for Prerna. He yells at a servant for an unreasonable thing. Prerna makes him realize his mistake. He agrees to apologize to the servant for her sake. Prerna makes him a better person. He realizes it and is thankful that she is in his life. Prerna is also happy with him. Anurag decides to rectify his mistake by telling the entire truth to Prerna. He wants her forgiveness.

He wants things to get better between them. He can’t see her anger reaching heights. He wants to see her smiling heartily. He decides to meet Prerna and reveal it all. Kuki and Kaushik have a cute scene. He cares for her, but hides his feelings. Kuki knows his feelings and isn’t sure of reciprocating. She wants to decide before replying him. Kaushik wants her to stay happy. Meanwhile, Shivani feels Anurag still loves Prerna. She has seen his love when he cared for Prerna with the fear of losing her forever.

She speaks to Veena about Anurag’s feelings. Veena discards the topic. She tells Shivani that Anurag’s feelings don’t matter now, since Prerna is married to Mr. Bajaj. She doesn’t want Shivani to fill any wrong hopes in Prerna’s mind. Moreoever, Prerna gets a nightmare and fears of losing Anurag. She feels he is in some deep trouble. She wants to protect him by forgetting her revenge motives. She thinks to find out if he is in pain.

Reviewed Rating for this particular episode Kasautii Update Anurag unexpected decision coming next: 3/5
This rating is solely based on the opinion of the writer. You may post your take on the show in the comment section below.