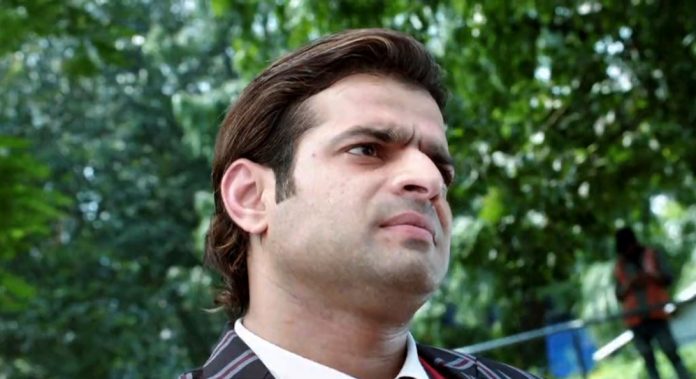 Kasautii Zindagii Kay Anupam returns Anurag against Bajaj Komolika is much angered knowing Anurag has kissed Prerna. She tries to get close to Anurag as his wife. She thinks he isn’t getting the love from his wife and feeling attracted to Prerna. She wants to take Prerna’s place in his life. She doesn’t want him to search for love anywhere else. She romances him, much to his shock. She tells him that she will please him so that he never goes to Prerna.

Anurag finds her disgusting to come up with such cheap thoughts. He tells her that he loves Prerna and will always do, he will kiss Prerna again if he gets into the same situation. He angers her further. He tells her that she can never take Prerna’s place. She reminds him that she is his wife. She calls Prerna characterless to date Anurag when she is married to Mr. Bajaj. Anurag gets enraged and can’t tolerate Prerna’s insult.

He calls it enough to put a stop to her demeaning words. He tells her that Prerna would be married to Mr. Bajaj, but he is still his love. He reminds her that she also got after a married man. He tells her that he was married to Prerna when Komolika snatched him from her. He taunts on her character. Komolika doesn’t care if he gets angry on her. She just wants to win him.

Other side, Prerna gets a wonderful news. Mr. Bajaj tells her that she is going to achieve the best business personality award in real estate. He shows her picture on the business magazine coverpage. He tells her that she is much in news since she has ruined Anurag’s business by introducing the Bajaj city project. Prerna thinks the good news should be shared with Anurag and Komolika, who have always insulted her. Mr. Bajaj learns from Kuki that Prerna was taking Anurag’s name during sleep. He doesn’t think much about it. He trusts Prerna.

Anurag misses to see Prerna making an entry in his house. He thinks she will never come to his house. He goes for his work, while Prerna faces criticizing Mohini again. Prerna comes across Anurag’s happy family picture. She feels he is heartless and didn’t care for Sneha. She is sorry to love such a person who couldn’t value their baby. She cries her heart out for Sneha. She controls her feelings in front of Basus.

Moreover, Prerna doesn’t care for Mohini or Komolika’s taunts. She belittles them by her success. She shows them the magazine. Komolika tries to make a deal to snatch Bajaj city shares from her. She asks Prerna to think of the orphan kids who laid their hopes on her. She asks Prerna to just sign the papers if she wants to fulfill her promise to Samidha.

Prerna realizes that Komolika is using her weakness, her liking for Samidha. She scolds Komolika for being so heartless. She is glad that she has destroyed Basu company. She shocks Komolika with her decision. She tells her that she will sign the papers and give away the business to her for the sake of Samidha. She loves Samidha a lot. She tells that orphanage shouldn’t get demolished. She asks Komolika to get the legal papers. She is ready to make a sacrifice. Komolika commands Nivedita to find the legal documents.

Nivedita asks Komolika not to snatch the business by blackmailing, Anurag won’t spare them if he knows her move. Komolika doesn’t think Anurag will know about it. She tells Nivedita that everything will be done before Anurag knows it. Anurag meets Mr. Bajaj, who challenges that he will never let Prerna go, since she belongs to him. Anurag and Mr. Bajaj have a face to face row. Anupam will be making a grand entry. He will be coming back as a rich businessman to win Nivedita back. New twists will be added with Anupam’s return.

Reviewed Rating for this particular episode Kasautii Zindagii Kay Anupam returns Anurag against Bajaj: 5/5 Interesting
This rating is solely based on the opinion of the writer. You may post your take on the show in the comment section below.