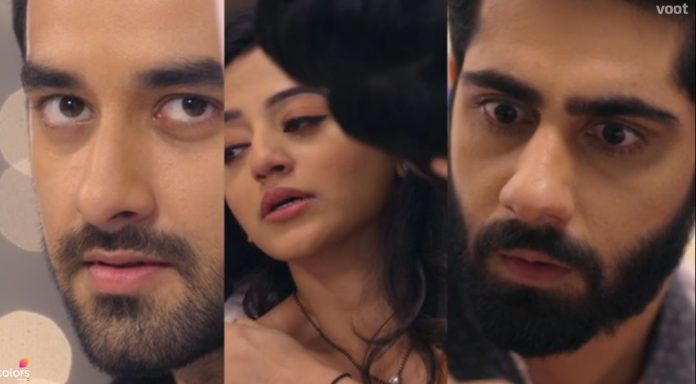 Ishq Mein Marjawa 2 Kabir dark secret unveiled 11th Sept Ishq Mein Marjawa will be bringing big twists. The coming week brings high octane drama. The promos of Kabir shooting Riddhima by aiming at her, instead Vansh has created a stir online. The show has been hit trending on YouTube and social platforms. Very soon, Kabir’s secrets will be coming out. The viewers have been guessing about Kabir’s relationship with Ragini, assuming a personal enmity angle between Kabir and Vansh.

It may happen that Kabir is Ragini’s brother, who wants revenge on Vansh for her murder. It may also happen that Kabir is Vansh’s enemy and is really working hard to nab a criminal. But his way of sending Riddhima for the mission is risky as well as silly. Riddhima has been trying hard to unmask Vansh, who decides to change her perception about him by taking her to the heights of fear.

Vansh scares her to the level that she assumes him to have planned her death. Kabir realizes that Vansh is already doubting Riddhima and had sent Ragini’s diary as a trap for him. Another twist comes when Kabir decides to shoot Riddhima with a motive. He wants Vansh to believe Riddhima and keep her home until his motives are fulfilled. Kabir doesn’t want Vansh to kill her by suspecting her loyalties.

Kabir just wants Riddhima to stay in Vansh’s good books. He succeeds in his aim by shooting at her arm, in a way that she gets minor injury. Vansh gets terrified to see Riddhima shot in his mansion, when he was just dancing romantically with her. He doesn’t know who is her partner is crime. He wanted to find out about Riddhima’s hidden partner, knowing someone has sent her to spy on him.

Vansh hates lies and was hating Riddhima as well, until he fell in love with her. Vansh can’t see her dying. His feelings get awakened and realized when he finds her injured in his arms. There will be many things answered in the upcoming episode of Ishq Mein Marjawa Season 2. Keep reading to catch the latest news on this show. Also, comment your thoughts on this show below.

Reviewed Rating for this particular episode Ishq Mein Marjawa 2 Kabir dark secret unveiled 11th Sept: 5/5 Interesting
This rating is solely based on the opinion of the writer. You may post your take on the show in the comment section below.