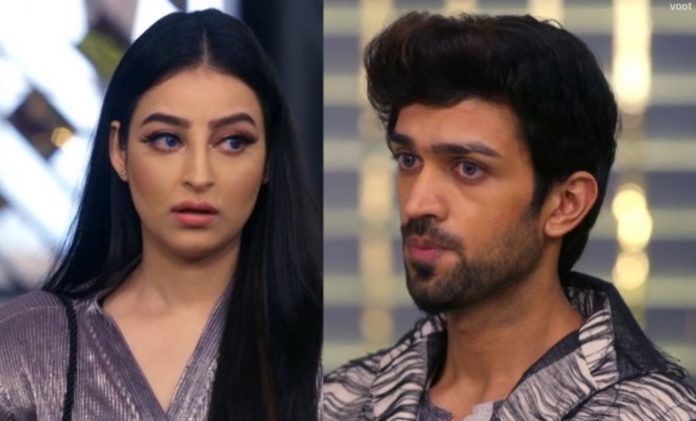 Ishq Mein Marjawa 2 12th Sept Update Aryan Ishani Kabir reveals to his partner in crime that he has decoded Vansh’s message written in the diary and knew that Vansh has caught Riddhima as the spy. He knew that Vansh is planning everything to lay a trap for him. He tells that he isn’t such foolish to let Vansh win. He tells that he regrets for losing Neha, who was pretty close to gather evidences against Vansh. He had chosen Riddhima for his mission since she is an orphan with a clean background.

He knew she is perfect for his mission to trap Vansh. He has trapped Riddhima in his fake love just to take his revenge on Vansh. He tells that he had just acted to love Riddhima, knowing that she yearns for love in her life, she had no family and wanted to have her own family. He has actually played with her emotions. Kabir proves that his love wasn’t true, he is double-faced and cares zero percent for Riddhima. He just wanted to use her for his mission.

He tells that Riddhima is such a big fool to regard his planning as her own sacrifice for love. He tells that he has persuaded Riddhima to marry Vansh by playing a suicide drama. He is happy that Vansh also fell in his plan and trusted Riddhima. He wanted Vansh to confide with her, but things changed after Vansh started suspecting her. He is now sure that Vansh will never doubt Riddhima, since she had taken the bullet to save his life.

He tells that Riddhima had no idea about his plan and really thinks he loves her. He laughs at Riddhima’s feelings. He wants her to just win Vansh’s trust back, else she won’t be useful for his mission. He is sure that Vansh will trust Riddhima even more since she has risked her life to save him, he will be indebted to her. Kabir reveals that his entire journey with Riddhima to promise her love, marriage and a family were fake. Poor Riddhima made a really big sacrifice for his love. Guess what would happen when she gets to see his wicked face.

Scene shifts to Riddhima who is struggling for her life. Vansh feels sorry that she had risked her life to save him. He recalls the deadly moment. He fears of losing her. He wonders why did he save him. He recalls their happy and romantic moments. He can’t let her go away. Dadi and entire family returns on knowing about the attack on Vansh and Riddhima. Dadi learns that Riddhima has taken the bullet to save Vansh’s life. She makes him realize that such wives aren’t seen in today’s times, who can really give their lives for their husband.

She asks Vansh to realize how much Riddhima loves him. She wants him to love her too. She tells Vansh that his tear denotes his love for Riddhima, even if he doesn’t accept his feelings. Vansh prays that she recovers. Kabir sends his partner to check on Riddhima’s condition. The family discusses Riddhima’s brave step to save Vansh. Anupriya doesn’t want Vansh to fall in true love with Riddhima. She doesn’t like Riddhima. Anupriya suspects Aryan when he comes home late. She knows that he didn’t accompany them to the farm house.

Chanchal accuses Ishani, since even she left for shopping. Aryan and Ishani become the suspects. Either of the two can be Kabir’s crime partner. It can be Sia as well, who reveals that she has been to the temple to pray for Riddhima. The mystery of Kabir’s partner gets a new twist. Aryan and Ishani seem to hide something crucial. Ishani wishes Riddhima dies soon. Vansh wants to know why did Riddhima save him when she was feeling threatened by his actions. He thinks she has a big heart to subside her fears and save him.

He wants her to get recovered completely. He tells her that he has got habitual to her and wants her back so that they can live normally. Vansh persuades her to get conscious. He feels love for her. They land in a moment, where he realizes his feelings. Who do you think is the secret enemy of Vansh? Keep reading here for more news.

Reviewed Rating for this particular episode Ishq Mein Marjawa 2 12th Sept Update Aryan Ishani: 5/5 Interesting
This rating is solely based on the opinion of the writer. You may post your take on the show in the comment section below.