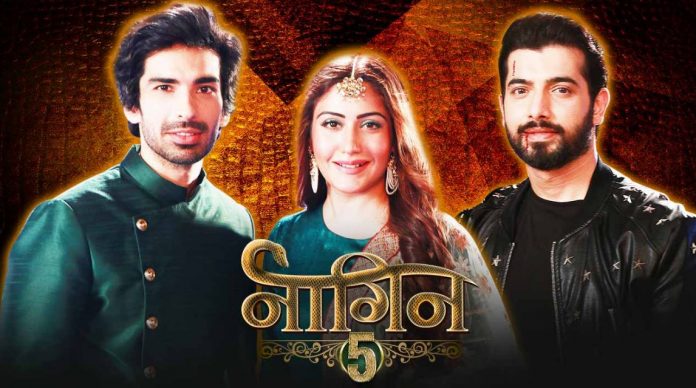 Colors Naagin 5 Bani attacks Veer Jai makes reentry Naagin 5 brings the wedding track, which was much awaited. Bani decks up as the bride to marry Jai. Jai and Bani want to get married, but Veer doesn’t want this. Veer intervenes in their story again and again. He is determined to marry Bani. Bani wants to end the story as she likes. She doesn’t want Veer to decide for her fate. Someone shoots down Jai, which leaves Bani shocked. Bani thinks Veer has killed Jai. She can’t lose the love of her life. She wants vengeance. She can’t let Veer win and go away.

Bani and Veer come to their real avatars. She turns into a Naagin to punish Veer for all his crimes. Veer is overconfident that she can never harm him. They both have a battle and attack each other. Veer tries to fly away and save his life, but Bani catches him. Bani angrily takes a step to kill Veer. She gets a bigger shock when she sees someone in front of her. Jai returns to her. Bani is surprised and shocked to see him. Will Bani marry Jai? Will Veer let her marriage happen? Will Veer forcibly marry Bani? The show will have high twists this week. Stay tuned to Tellyreviews.

Reviewed Rating for this particular episode Colors Naagin 5 Bani attacks Veer Jai makes reentry: 5/5
This rating is solely based on the opinion of the writer. You may post your take on the show in the comment section below.

You can now navigate to your favorite shows from the drop-down menu directly or just scroll down on the homepage for all the latest posts. Also, follow our Youtube Channel for surprising news updates about your favorite books. TR Team will try to cover the new shows on the Youtube handle as well. Subscribe to our channel for instant notifications.