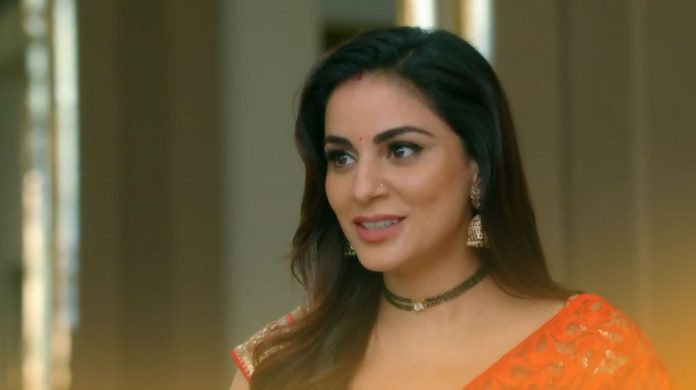 Kundali Bhagya 17th Sept Preeta outdoes Sherlyn Mahira Karan doesn’t want to thank Preeta. He thinks she will jump over his head if he thanks her. She takes care of her and gets him freed from the illness. Sarla calls her and asks her to prepare the sweets for her in-laws. Preeta knows that no one will favor her. Sherlyn overhears Preeta and Sarla’s conversation. Preeta tries to avoid the rituals. Sarla tells her that its the old rituals, she should make some sweet dish and please the family by the first rasoi ritual.

She is sure that Preeta will win hearts easily. She praises Preeta. She asks Preeta to always be a good Bahu and bond with everyone. Preeta tells her that she can never become sweet like her. They both thank each other. Sarla tells that she is lucky to get four daughters. She misses Preeta in the house. They cry and console each other. Sarla tells that she should do her duty of a new bahu. Mahira doesn’t know what happened between Karan and Preeta.

She knows that she can win Karan. She thinks she stands a chance. She wants to woo Karan. Sherlyn tells Mahira that Preeta is going to make a sweet dish for the family. Mahira laughs at Preeta. Sherlyn tells that Preeta is acting as a good Bahu, but they can spoil her plans. She tells that they should go and hinder Preeta. Preeta makes the sweet dish. Servant is glad to see her in the house. Sherlyn scolds the servant and sends him away.

Preeta stops Mahira from adding the salt in the sweet dish. She fails Mahira’s plan. She asks her to mind her actions. Mahira fights with her. Preeta tells that she is just trying to fulfill the rituals after the marriage. Sherlyn wants to burn the sweet dish and blame Preeta. She tries to spoil the dish. Preeta stops Sherlyn as well. Preeta fails them and makes them out. She asks Mahira to go and help Sherlyn.

Mahira tells Sherlyn that they have failed and now Preeta is acting more smart. Preeta goes to answer Sarla’s call. She asks the servant Girish to look after the sweet dish. Sherlyn asks Girish to go and give water to Dadi. Sherlyn makes a plan to ruin Preeta’s efforts. She recalls misleading Preeta by calling Sarla. She thinks its easy to make Preeta a fool. Preeta has already taken the salt with her so that no one spoils the sweet dish. Mahira looks for the salt. Sherlyn adds the red chilli powder in the sweet dish. Mahira expresses her wish to help her in doing the cooking ritual. Sherlyn agrees.

Preeta checks Sarla’s missed calls and calls her. Sarla gets emotional when Shrishti asks her to talk to Preeta on video call. Preeta talks to her family. She tells that she is making sweet dish for Luthras. Sarla is happy that Preeta agreed to her so soon. She asks about Luthras keeping any reception. Preeta tells that Luthras didn’t accept her heartily, they will not throw any reception party. She gets upset thinking of Karan’s unhappiness. She tries to surprise the Luthras by serving the sweet dish. Rishabh likes her efforts. She asks Karan to taste the sweet dish as well. Mahira is tensed and tries to compete with Preeta.

Reviewed Rating for this particular episode Kundali Bhagya 17th Sept Preeta outdoes Sherlyn Mahira: 2/5
This rating is solely based on the opinion of the writer. You may post your take on the show in the comment section below.