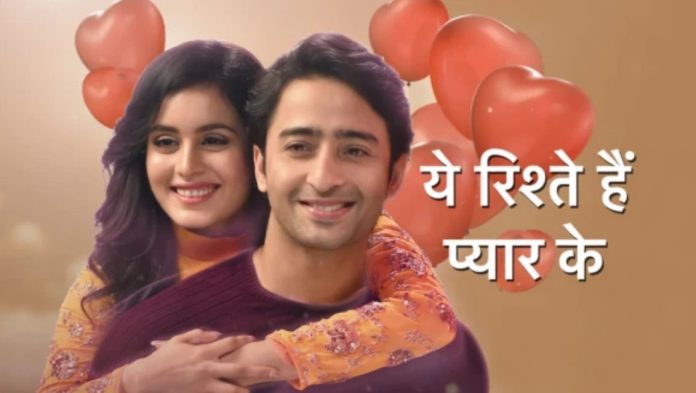 Yeh Rishte Hai Pyaar Ke 17th Sept Kuhu’s convincing act Mishti cheers up Abir at his NGO. She tells him that she will not do injustice with Kuhu, she will never let her become her surrogate. Abir knows that she will not agree with Meenakshi’s plan. They realize that Meenakshi is pressurizing Kuhu. Varsha wants to talk to Abir, knowing he always takes the right decision. Varsha tells that just Abir can stop Kuhu from this step.

She tells Jasmeet that she will talk to Abir and Mishti, so that Kuhu doesn’t get ahead with the surrogacy decision. Varsha reaches the NGO and meets them. She tells them that she doesn’t want Kuhu to ruin her life. Abir and Mishti assure Varsha that they will explain Kuhu her wrong decision. Abir makes a plan to explain Kuhu by getting a puppy. He tells that Kuhu will get emotions connected to puppy and not let him snatch it. He tells Kuhu will realize that it will be difficult to part ways with the thing we get attached to.

He doesn’t want Kuhu to undergo any pain. Varsha pins her hopes on Abir. She apologizes to Mishti. Mishti asks her not to apologize. Kunal tells Kuhu that she has taken the right decision, he is with her, but he should have not commanded Abir with her decision. He tells that she did wrong to cancel the adoption application. He feels she has taken a step like Meenakshi. Meenakshi thinks Kuhu is just like her. She calls Kuhu for a talk.

Abir assures that he will not let their mum do injustice with the baby. Kunal tells that Abir means a world to him. He gets emotional. Abir hugs him. Kunal expresses his wish to always have Abir with him. Kuhu tells Mishti that she has got an only chance to help her. She asks Mishti to let her become the surrogate. Kunal tells that Abir had made sacrifices for him and now its his turn. Kuhu also counts Mishti’s sacrifices.

She tells that she is much sure to take this decision. They request Abir and Mishti, and finally convince them for surrogacy. Abir and Mishti hug Kunal and Kuhu. They get united like always. Abir and Mishti aren’t convinced by heart. Mishti sees the good change in Kuhu. She tells Abir that Kuhu feels compelled.

Kuhu meets Meenakshi and tells her that Mishti has agreed to make her the surrogate. Meenakshi likes the good news. She is ready to give away anything to Kuhu. She promises to do a lot for Kunal. Kuhu visits the fertility centre with Mishti. Meenakshi asks Kunal to skip office work and go with Kuhu. She is very happy. Mishti asks Kuhu to refuse if she wants. She is ready to support her. Kuhu tells that she is scared that she didn’t inform Varsha about it.

Abir and Mishti rush to inform Varsha and take her consent. Varsha is much annoyed to know that they failed in keeping their promise. She didn’t wish her daughter to become a surrogate, which will affect her entire life. Kuhu undergoes the procedure and informs Meenakshi. Mishti doubts Kuhu’s intentions.

Reviewed Rating for this particular episode Yeh Rishte Hai Pyaar Ke 17th Sept Kuhu’s convincing act: 3/5
This rating is solely based on the opinion of the writer. You may post your take on the show in the comment section below.