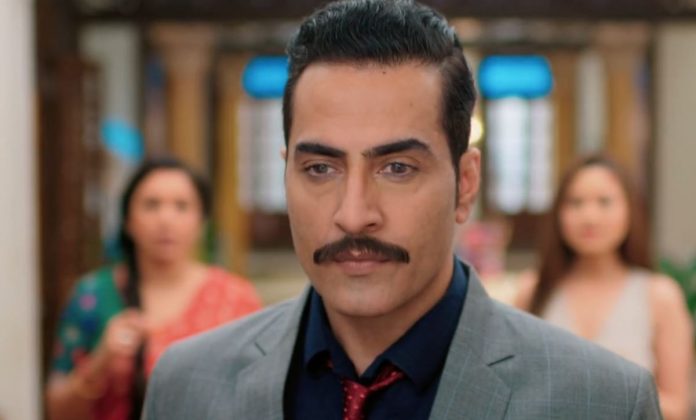 Anupama 18th September Vanraj in difficult situation Vanraj is stuck in a bad situation, since his wife and girlfriend have come under the same roof. He falls in an unavoidable situation when Kavya hugs him and Anupama watches them. Anupama asks Kavya to stay with them, and not feel alienated. Baa wants Kavya to solve her family issues and go back to Anirudh. Anupama supports Kavya and feels she is a helpless woman. Baa tells them that Paritosh’s engagement is due in few days, Rakhi and guests can object to Kavya’s presence in their house, it won’t look good to have an outsider in the family, people can make news out of their good deed.

Paritosh is also stressed on hearing Baa’s words. Vanraj falls in Kavya’s words. He also thinks that Anirudh abused her. He asks Kavya to stay with them. Anupama comforts Kavya’s stay and sends her to Pakhi’s room. Kavya wants to get her place in Vanraj’s family. She sees the family picture and desires to be in it.

Baa feels Anupama is acting great and inviting troubles for herself. She tells that they shouldn’t keep Kavya with them. Anupama feels Kavya needs protection, she has come to them to seek help, they shouldn’t deny. Baa asks her not to regret later when she faces hardships. Vanraj doesn’t want to discuss anything in this regard. Baa tells Anupama that she should focus on the family.

Vanraj is grateful to Anupama for allowing Kavya. He knows that Anupama doesn’t doubt him. He is worried for Paritosh’s engagement. He calls up Anirudh to lecture him, but doesn’t get through. Anupama makes Kavya happy. Kavya praises Anupama for making her feel so secure. Anupama tells that she can understand her pain. She doesn’t want Kavya to go. Baa wants to send away Kavya and argues with Anupama. Kavya is happy to meet Vanraj. Baa learns that Vanraj and Kavya are alone in the room. She asks Anupama not to give them so much liberty.

Anupama tells that they are discussing Anirudh’s issue. She feels Kavya’s personal matter needs privacy. Baa tells her that Vanraj should always be with his wife. Anupama doesn’t doubt him. She trusts him blindly. Vanraj asks Kavya about Anirudh. Kavya tells him about the ugly argument. He tells that he will file a FIR against Anirudh. She worriedly tells that it was an accident, Anirudh didn’t abuse her. She tells that she doesn’t want Anirudh’s life to get ruined, they shouldn’t file any police complaint, else Anirudh will expose their affair.

Vanraj understands her. They share a romantic moment when Anupama makes an entry. Anupama misses to see them hugging. Vanraj and Kavya fool her. Vanraj tells that he has to go to office. Anupama asks Kavya to take some good rest at home and not worry for the work. Anupama makes Kavya’s favorite food and surprises her. She fixes Kavya’s phone and returns to her. Kavya doesn’t take Anirudh’s call. Baa doesn’t want Kavya to get problems for them because of her failing marriage.

Kavya has decided to divorce Anirudh. Anupama finds her upset. She thinks Nandini would help Kavya. She sends Samar to call Nandini for Kavya’s sake. Samar goes to Nandini’s house and knocks the door. She doesn’t answer him. He enters the house and finds her practicing dance. He is mesmerized to see her lovely dance. He then informs her that Kavya is at his home, and she needs her help.

Nandini worries for Kavya. Vanraj thinks its hard to handle two women at the same time when they are in the same house. He wants God to help him hide his affair from his wife and family. Vanraj finds himself in a difficult situation. Anirudh catches Vanraj and Kavya red-handed. He wants to expose their affair to Anupama. Will Anupama learn Vanraj’s affair and lose her faith? Keep reading. 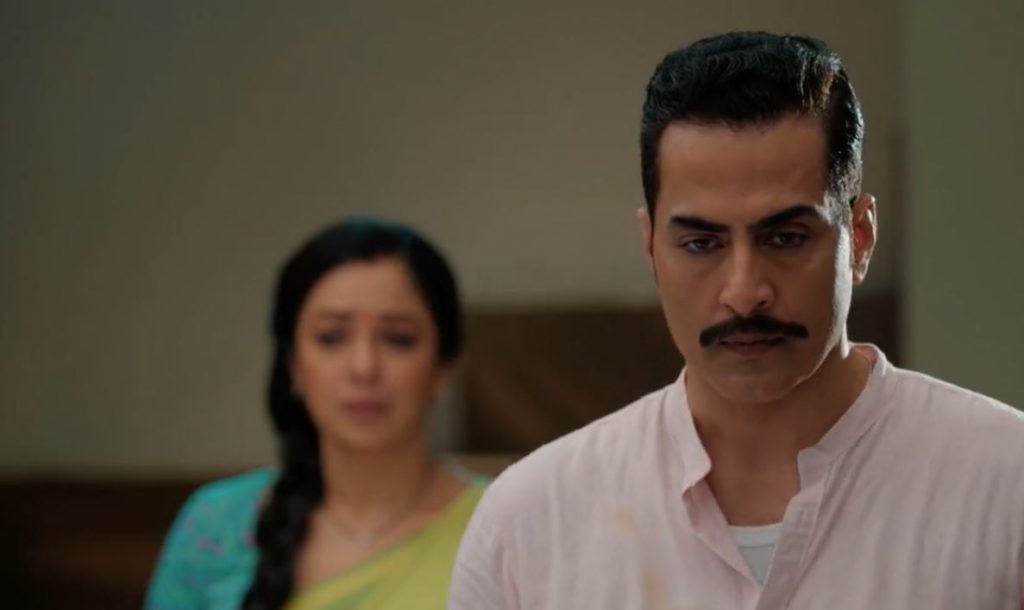 Reviewed Rating for this particular episode Anupama 18th September Vanraj in difficult situation: 5/5
This rating is solely based on the opinion of the writer. You may post your take on the show in the comment section below.