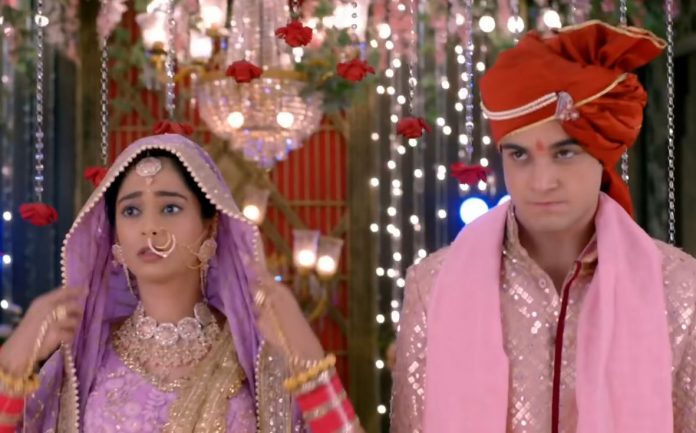 Pallavi asks him about the girl in the mandap, whom he wants to marry. Prachi unveils herself and comes to the front. Ranbir is speechless, while everyone questions him about getting Prachi as the bride. He wants to admit his love for Prachi. Will he succeed?

Guddan Tum Se Na Ho Payega:
Guddan makes Pushpa and others out of the restaurant. Pushpa swears to get the restaurant on her name. Pushpa makes the declaration. Guddan is afraid that she will lose the restaurant. She loses courage. She feels lonely. Someone is about to enter Guddan’s life as her angel.

Kundali Bhagya:
Karan questions Preeta about the special thing added to the sweet dish. He tells that no one likes her in the family, but they are planning her reception now. She tells him that she has actually added something in the sweet dish, that’s her love for them. She tells that the love has done the magic on them. Karan gets surprised. Sherlyn informs Prithvi that Preeta has married Karan and has got accepted by Karan as well. She tells that Luthras accepted Preeta as Preeta Karan Luthra. Prithvi is shocked and angry.

Ishq SubhanAllah:
Imran informs Zara that Kabir has burnt his hands to save her dress. Zara realizes that Kabir is in pain. She runs to see him. Kabir tells her that she couldn’t stop herself on hearing about his pain. He tells that its her love. She speaks to him in his language. She tells him that she is doing a duty of a wife, she is also keeping duty over love. She leaves him upset.