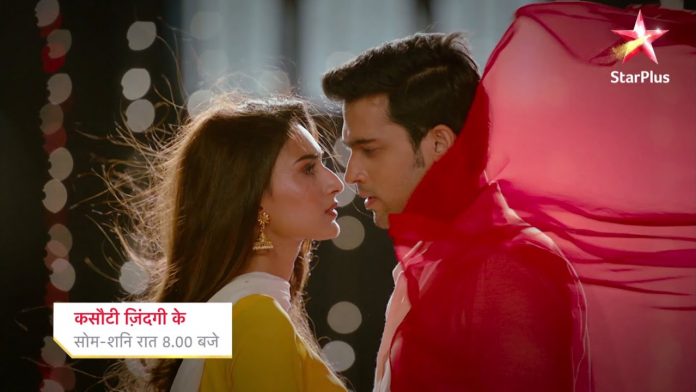 Aakhri Kasautii Zindagii Kay Finale drama 23rd September The entire episode today focusses on Anupam and Nivedita’s reconciliation. Anupam’s entry shocks Mohini, who didn’t forget the insult yet. Anupam had been harsh towards her when he left the house. He had showed her the mirror and counted her mistakes. She still can’t get over it. She asks Anupam to leave the house since he has hurt Nivedita and broke their relation.

Anupam tells her that he isn’t legally divorced to Nivedita, they are still husband and wife, he has come back now to take his wife home. He wants Nivedita to leave Basu house and come with him to live a life of esteem. Mohini feels he has come back just to dupe them for money. She tells Nivedita that Anupam can never change, he was useless and will always be useless. Anupam has a good bond with Moloy, who is much happy to see him back. Anupam brings the fun back in Basu house, who are always living under Komolika’s fear.

Komolika asks Anupam to obey Mohini and leave. She gets to face taunts from Moloy. Moloy is the only person who takes a stand for Anupam. Anupam tries to explain Nivedita that he loves her and missed her a lot. He wants to get her back into his life. Nivedita isn’t sure of going to him, since she isn’t able to forget the past. Mohini provokes her against Anupam.

Anupam shares his heart out to Moloy. He tells that he has got everything to have a decent life and can keep Nivedita happy. Moloy wants Nivedita to safeguard her family and marriage. He tells her that she maybe a smart businesswoman, but she isn’t a sensible person to focus on her marriage. He asks his daughter to go with Anupam. Anupam and Nivedita share a moment, when he repeatedly expresses his love to her until she forgets the past.

Nivedita finally gives in and reciprocates to his feelings. He promises to come back and take her home. Mohini advises Nivedita to focus on Bajaj and forget Anupam. Moloy tells them that Anupam has made his own business and is successful just for the sake of Nivedita. He asks Nivedita to check about Anupam’s company and decide. Nivedita gets emotional knowing Anupam didn’t return for her richness, but her love. She wants to go back to him, even if Mohini stops her. On the other hand, Anurag tries to bring Kaushik and Kuki together.

He advises Kaushik to meet Kuki and apologize to her. He is sure that Kuki will forgive Kaushik. He tells that Kaushik will also have a love story like his story. He wishes Kaushik to get his love. Anurag gets determined to get Prerna back. He doesn’t want to lose her. He thinks of every possible way that could get Prerna back to him. He is ready to fight Mr. Bajaj. Prerna meets Komolika at her office. Komolika tries to boss around.

She belittles Prerna. Mr. Bajaj comes to the rescue and supports Prerna. He explains the legalities to Komolika and asks her to pay the liabilities to him in order to become the boss of Bajaj city project. Komolika is shocked to know the huge liabilities. She feels Prerna cheated her. Prerna asks Komolika to enjoy the dealing. Later in the show, the truth of Sneha will be coming out. Priyanka will know Sneha’s truth from Chandrika.

She will try hard to unite Prerna and her daughter Sneha. She suggests Prerna to adopt Samidha. She hides her sister’s crime. Prerna agrees to adopt Samidha. Komolika will also make attempts to get Sneha by bribing Chandrika again. The show is going to end in two weeks. There will be huge drama towards the closure. Stay tuned and keep reading.

Reviewed Rating for this particular episode Aakhri Kasautii Zindagii Kay Finale Drama 23rd September: 5/5
This rating is solely based on the opinion of the writer. You may post your take on the show in the comment section below.