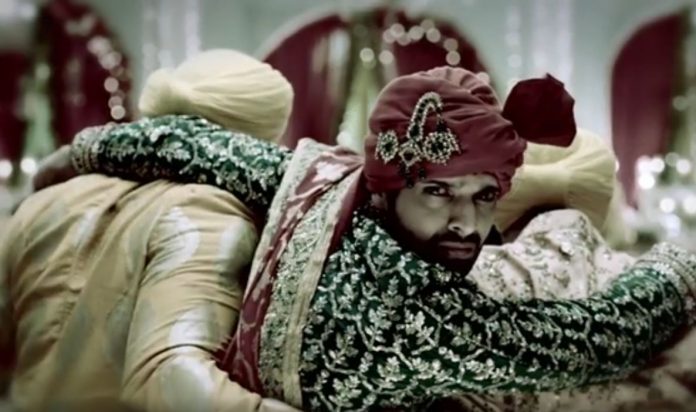 Choti Sarrdaarni 23rd September Manav regains memory Sarabjeet and Meher relive their marriage moments while watching Vikram and Aditi’s marriage. Meher doesn’t want to untie the knot tied by Param. She takes it as a sign from the Lord. She accepts Sarabjeet heartily. Sarabjeet recalls their cute moments. Sarabjeet records Meher and his moments, while taking the rounds. Meher asks him to record Aditi’s marriage. They have a romantic moment and share a laugh.

Meanwhile, Vikram and Aditi take the wedding rounds. Vikram gets affected by the sudden fire spark. He recalls his marriage with Meher. All the past memories get in front of his eyes when he sees the fire. He recalls his love journey and vows given to Meher. He realizes that he is Manav. He sees Meher and then sees her face in the memory flashes. He gets stunned himself. He recalls the way Kulwant had stabbed him to death.

He realized he has come back just for Meher’s love. He doesn’t want to lose Meher. He lives Manav’s painful moment once again seeing Meher. The gruesome murder scene breaks him down. Vikram realizes he is Manav. He completes the wedding rounds with Aditi. The pandit announces them husband and wife. Manav doesn’t want to get separated from Meher. He sees Meher happy with her husband Sarabjeet. He denies to accept Aditi.

His memory troubles Kulwant the most. Manav collapses down before reaching Meher. Aditi gets a shock on seeing him falling down. Sarabjeet and Meher try to help Vikram, who gets injured on falling down. Manav sees Meher and can’t think of anything else. He wants to talk to her once. Sarabjeet tells that they don’t have time, they have to rush Vikram to the hospital. Vikram’s head bleeds. Manav recalls Kulwant’s sons who had tried to kill him. He can’t move his eyes off Meher. He wants her to recognize him.

Moreover, Meher gets a huge shock on seeing the same scene in front of her eyes, when her brothers Bittu and Rana drag Manav away from her sight. She doesn’t think Vikram is Manav. Kulwant understands that he has regained his memory. Meher gets busy to look after her sons. Kulwant has overheard Vikram’s confession. She knows that he will speak to Manav once he gets fine. Aditi tells that she will treat Vikram.

Furthermore, Surya realizes that Vikram is recalling his past. He gets worried. He doesn’t let Sarabjeet or anyone else hear him. Surya is worried that his wife Simmi isn’t aware of the truth. Simmi prays for Vikram’s life. She can’t afford to lose him. Sarabjeet consoles her. Aditi treats Vikram’s wounds and makes his condition stable. Kulwant tells her sons that Vikram is really Manav. She feels she made a big mistake.

She reveals that Vikram has regained his memory. She gets scared. She knows he is not a nobody now, he is influential and will get back at them. She wants to kill Manav before he brings a storm in Meher’s life. She tells her sons that they will accomplish the task, they will assassinate Manav.

Reviewed Rating for this particular episode Choti Sarrdaarni 23rd September Manav regains memory: 5/5
This rating is solely based on the opinion of the writer. You may post your take on the show in the comment section below.