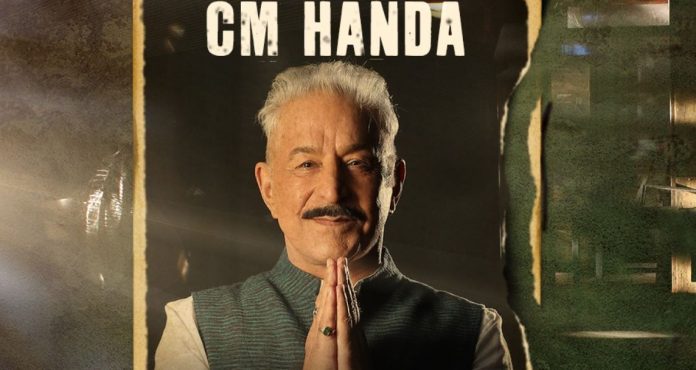 Mumbai: Hostages Season 2 ”More Intrigue & Thrill” – Dalip Tahil Noted film, television and theatre actor Dalip Tahil has delivered an impactful performance in the much anticipated second season of the popular web series – Hostages. The drama series which released earlier this week on Disney+ Hotstar, is being lauded by viewers for having maintained its tempo from where it had left off in the previous season. The series centres around an assassination attempt on the CM Kushwant Lal Handa played by Tahil who has packed a punch in his role as a kidnapped politician. Hostages 2 has some intense scenes with the lead – Dr Mira Anand played by Tisca Chopra operating on Tahil who is being coerced by Prithvi played by Ronit Roy, to murder the CM.

“TV and web based content has witnessed a spike in viewership during the on-going lockdown. I feel that the release will definitely give the show a boost in terms of viewership as well as it will give viewers fresh content to watch,” says Dalip Tahil. “I am glad that those who have begun watching the second season have liked it and have also appreciated my part in it. We had shot the series much before the nation went into a lockdown, and finally it is been released. I am sure that those who haven’t watched it yet but plan to, won’t be disappointed,” says Dalip Tahil.

About Dalip Tahil: Starting off as a theatre artist working with ad guru Alyque Padamsee, Dalip made his film debut in Shyam Benegal’s Ankur in 1974. Since then, as an artist, he has done multiple roles in films, television, radio, and web series and has also continued his long standing association with the theatre. Some of his memorable works in films include Shaan, Sir Richard Attenborough’s Gandhi, Baazigar and many more.

Some prominent TV shows include The Sword of Tipu Sultan, Buniyaad, Siya Ke Ram. He has also been part of International soap operas including BBC1’s longest-running show – East Enders and Bombay Blue. Other than in television, Dalip is internationally known for starring as Madan Kumar in the Andrew Lloyd Webber and A.R. Rahman theatre musical – Bombay Dreams in which he performed over 500 shows at the Apollo Theatre in London. Dalip is also an accomplished singer and has collaborated with singer-composer Louis Banks and Shweta Shetty on a few independent projects.