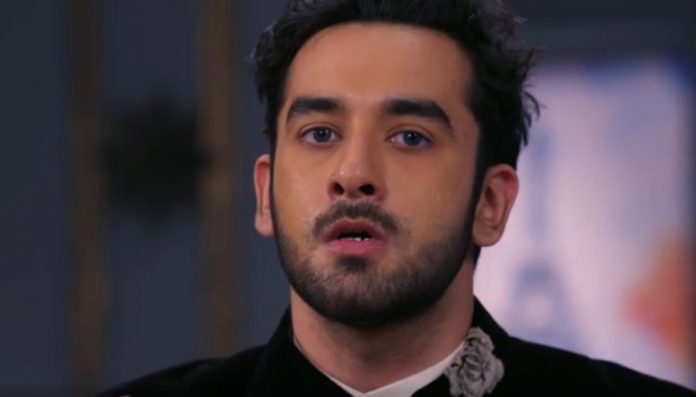 Barrister Babu Ishq Mein Marjawa Upcoming spoilers Anirudh breaks the ties with Bondita from his heart. He asks her to go back to her village. He tells that he doesn’t want to see his face. He tells that she doesn’t deserve to stay in his house. He warns her to not come back and show her face. Their marriage breaks. Bondita takes a farewell. She gets emotional. She leaves the family crying for her. Anirudh too is disheartened seeing her go.

She doesn’t take anything from his house, since everything belongs to them. She wants to just go away to her mum, expecting her mum to understand her pain. Saurabh witnesses Bondita’s leaving from the haveli. He informs Sampoorna that Bondita and Anirudh’s marriage got over, Bondita has been ousted from the haveli and nobody came forward to help her. Sampoorna gets worried knowing Bondita has risked her marriage to save hers. Will Sampoorna reveal the truth to Anirudh? Keep reading.

Ishq Mein Marjawan:
Kabir grows much jealous that he is losing Riddhima. He thinks his game would have been over. He doesn’t want any risk, since his mission in bigger than his love. He tells that its not easy to defeat him, he won’t go until he gets what he wants. He has brought Riddhima and Vansh closer. He now wants to become a wall between them. He gets back to his real avatar. He wants to separate them and get Riddhima on his side.

Riddhima applies a mehendi sticker on her hnd and gets shocked seeing Kabir’s name. Kabir tells that he is the eclipse who will be entering Riddhima’s life again. Riddhima worriedly tries to get rid of the name. Vansh reaches her to know the matter. She hides her hand from Vansh. She doesn’t want Vansh to see Kabir’s name in her mehendi.

Shakti:
Heer admits her feelings to Virat. She tells him that they will always be friends. She asks him to get fine soon for her sake. She tells that even if he marries Jharna, she will remain his friend. She thinks this is the end of their love story, that they get separated. She is much concerned for Jharna, who misunderstands her seeing them together.

Reviewed Rating for this particular episode Barrister Babu Ishq Mein Marjawa Upcoming spoilers: 3/5
This rating is solely based on the opinion of the writer. You may post your take on the show in the comment section below.