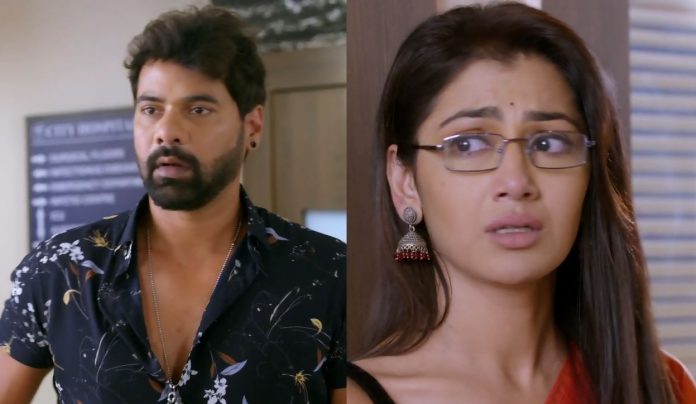 Kumkum Bhagya 29th September Written Update Pragya Abhi Ranbir assures to Shahana that he won’t let anything happen to Prachi. Pragya and Sarita are shocked to see Prachi’s condition, seeing her in blood. Pragya gets devastated and loses courage. She asks about the accident. Shahana tells about the truck hitting Prachi. Pragya cries a lot, which makes Rhea feel guilty. Pragya tells them that she can’t see Prachi in such a situation. She asks the doctor if Prachi will get fine.

Doctor informs about Prachi’s critical state. He tells that he will be calling the expert doctors to treat Prachi. Rhea shoulders Pragya on seeing her break down. Doctor tells that Prachi may slip in coma. Pragya doesn’t want Prachi to go away from her. The truck driver wants to get money from Rhea and Aaliya. Sarita pacifies Pragya. Rhea apologizes to Pragya. She tells that she didn’t inform her, she didn’t know Prachi is so serious.

Pragya asks her not to blame herself, she has done a big thing that she has got Prachi to the hospital on time. The truck driver informs Rhea about his demand. Rhea tells him that she can’t give him money right now, since she is with her friends at the hospital. He scares her that he will come to the hospital to take the money.

She warns him not to come there, Ranbir has seen him and may catch him. The driver falls to listen to her warning. He decides to go to the hospital. Rhea worries that the driver may get caught. Abhi sends the police to the hospital to get the culprit caught. Ranbir speaks to the police. Rhea is worried to see them. Pragya tells Sarita that she lives just for Prachi, she can’t imagine her life without Prachi. She breaks down.

Sarita tells that Prachi would get fine soon. Inspector tells Ranbir that Abhi will be coming soon. He asks about the accident. Ranbir informs him about the truck number and details. He tells that the accident was planned by someone. Pragya scolds him for hiding such information about her. She tells that she deserves to know everything about her daughter. He apologizes to her. He promises to give her all the details.

He tells the inspector that he has brought Prachi to the hospital. Inspector asks him to just recall everything. Rhea gets worried seeing Ranbir giving the truck details to the police. He also describes the driver. Inspector tells them that he will soon spread the sketch of the driver and find him. Rhea worriedly informs Aaliya about it. She tells that Ranbir has seen the truck driver. She fears that her plan will fail. Aaliya asks her to come back home and not take the risk by staying at the hospital.

Rhea feels that its the driver is at fault, who didn’t wear the risk. Aaliya hides the matter from Mitali. Mitali wonders what was Aaliya talking and to whom. Aaliya makes her out of the room.

She pacifies Pragya, who reveals that Prachi was attacked by someone. Pragya defends her daughter. She doesn’t know who is trying to harm Prachi. She loves Rhea as her daughter. Sarita feels Rhea is herself a problem. Pragya prays for Prachi’s well being. Abhi’s Dadi wants to see the family happy. She wants to unite Abhi and Pragya. Abhi reaches the hospital to see Prachi. Will he meet Pragya? Keep reading.

Reviewed Rating for this particular episode Kumkum Bhagya 29th September Written Update Pragya Abhi: 4/5
This rating is solely based on the opinion of the writer. You may post your take on the show in the comment section below.