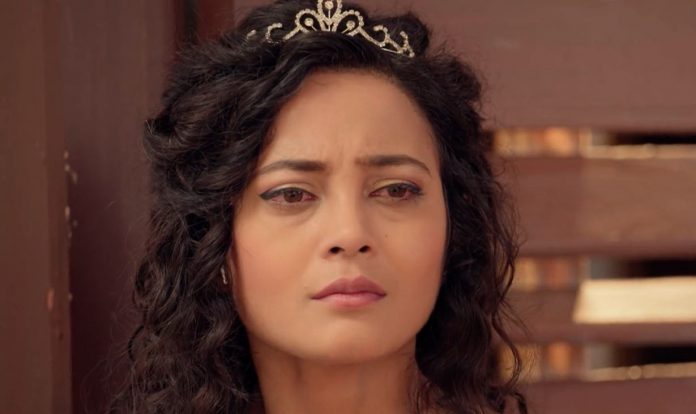 Yeh Rishte Hai Pyar Ke 28th September Review Update Mishti calls Rajshri to inform that Kuhu doesn’t want the Godh Bharai rasam for her. She tells that Kuhu just wants the baby shower. Rajshri asks how can they skip the rasam. Mishti tells that they should listen to Kuhu, who is pregnant. She goes to assist Kuhu, but the latter discards all her suggestions. She taunts Mishti and makes her leave from the function preparations.

Mishti cries and goes away. Abir doesn’t want Mishti to be upset. He calls up Rajshri to make a plan. Mishti tells him that her baby doesn’t know her. Abir asks her to just note down her feelings in the diary. Mishti tells that she wants to become her baby’s best friend. She writes the same in the diary. Kuhu decorates the house well with her pictures, as if its her baby. She doesn’t get Mishti’s pictures.

Jasmeet and Varsha come for Kuhu’s function, while Rajshri refuses to attend the baby shower. Kuhu gets too happy to see Varsha. Varsha had come just on Mishti’s request. Mishti wanted Varsha to make Kuhu’s important day more better by her presence. Varsha doesn’t tell Kuhu that she has come on Mishti’s request.

Kunal asks Kuhu why didn’t she put Mishti’s pictures, since baby belongs to her. Kuhu lies to him that she had asked Mishti for her suggestions, but Mishti didn’t say anything, so she has done everything as per her choice. She tells that it doesn’t matter to Mishti, so they shall also not care for it. Kunal gets misled and tells Kuhu that he is always with her. He wants her to enjoy the baby shower.

Meanwhile, Abir finds a perfect idea to surprise Mishti. He is glad that Mishti has always accepted things as it comes, but wants her to not sacrifice her happiness always. He realizes that Kuhu is enjoying her baby shower, but Mishti also deserves the function. He takes Mishti for a surprise. He shows her the Godh bharai rasam organized for her. Meenakshi and Rajshri welcome Mishti, since she is also going to become a mother after Kuhu delivers the baby. Rajshri sings for Mishti. Mishti gets too happy and hugs Rajshri.

Meenakshi also blesses her. Kuhu gets to hear the music. She asks Kunal about it. He tells that it seems Rajshri is singing. Kuhu wants to know what is actually happening there. Kuhu goes upstairs to see. She finds Mishti’s function happening. She gets angry seeing Mishti getting all the gifts. She feels bad that Mishti is getting the costly gifts while she settled with the small baby shower function. She compares both the functions. She feels inferior again.

Varsha gets miffed to see Mishti. She thinks Mishti had planned this function by talking to Rajshri. A misunderstanding angers Varsha and Rajshri. Varsha asks Kuhu to just see the result of her mistake. She explains that she has stopped her for surrogacy for this reason.

She tells that Kuhu will always be second, Mishti will be pampered and loved. The guests compliment Mishti for the secret function. Mishti is thankful to them. Meenakshi tells that she is the real mother of the baby, she deserves the function and also the gifts. Kuhu cries watching them. Varsha provokes Kuhu against Mishti. Kuhu thanks Abir and Mishti for showing her place. Kuhu shouts a lot, while Meenakshi tries to control her. Her blood pressure gets high. She feels unwell. Doctor advises them to take care of Kuhu. Mishti apologizes to Kunal.

Kunal reprimands her. He tells her that he can’t trust Abir and her when it comes to Kuhu’s care. Abir tries to tell Kunal that Kuhu is dragging the matter for no reason. Kunal supports Kuhu seeing her weak state. He takes up Kuhu’s responsibility. Abir and Mishti feel heartbroken seeing the way Kunal is behaving. Kunal counts Kuhu’s big favor to sacrifice her life for giving them their baby. They didn’t expect this immaturity from Kunal at least. Abir feels the baby is spoiling the relations before coming. He wonders what will happen once the baby comes, will Kuhu leave her rights on the baby. Keep reading.

Reviewed Rating for this particular episode Yeh Rishte Hai Pyar Ke 28th September Review Update: 3/5
This rating is solely based on the opinion of the writer. You may post your take on the show in the comment section below.