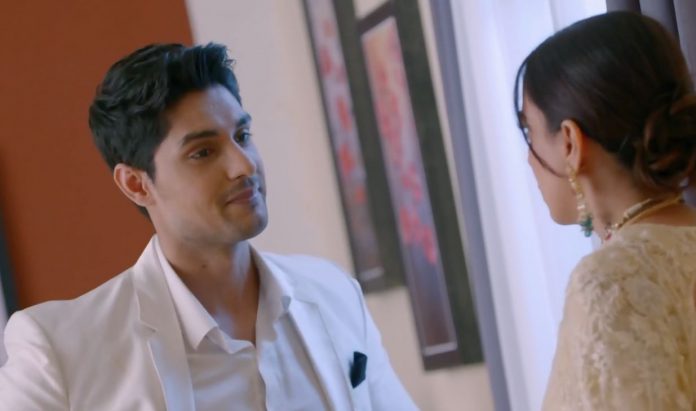 Kundali Bhagya Pawan shocks Preeta 30th September Update Pawan kidnaps Preeta and takes her out of the house. Janki suspects that something is wrong. She follows him. Sherlyn is worried for Prithvi. She wants to talk to him and take his welfare. She calls Prithvi to talk to him, but his mom accepts the call. Sherlyn takes her voice. They both have a bitter argument. Sherlyn tells that she doesn’t like her. His mom asks her to get after Rishabh.

Sherlyn challenges him to show her daringness. She asks her to stop playing games. She reveals that she is doing everything for Prithvi. His mom scolds her further. Sherlyn thinks of Prithvi’s brother Pawan. Pawan feels Preeta doesn’t deserve to be with Luthras, where clever Mahira lives. He recalls the irritating Janki. Janki asks the auto driver to follow the car. The driver is worried for his life.

Janki tells that Pawan is mad, she is doubting him. He asks her to just take another auto and leave. She makes a story that Pawan is her husband, who is going to meet the other woman. Driver tells her that she doesn’t look like a helpless woman. Janki tells that she can’t plead him more. She sheds tears to convince him. She looks for Pawan. Pawan wants to call his goon to take help. He tells his goon that he needs a house to keep a girl.

He asks him to get Prithvi to the other house. She tells that she wants to unite Prithvi and Preeta. Janki gets shocked to see him removing the disguise. She suspects him even more. The lady who got unhappy because of Mahira goes to Karan. She complains to Karan about Mahira. She tells him that his wife has misbehaved with her. Karan asks Rano aunty what’s the matter. He tells that everyone likes Preeta’s polite behavior. Mahira thinks why is he praising Preeta. Rano calls his love true. The guests want to see the bride.

Sarla happens to meet Karan in the party. Mahira gets worried that Sarla will insist to see her face. Karan greets Sarla. Karan wants to keep his wife’s respect. He doesn’t behave bad. The ladies insist Mahira to lift the veil. Janki wants to find out who is Pawan and where is he going. Driver asks her about her husband’s disguise. Janki tells that he is going to meet his lover. She asks the driver to just follow him fast. Pawan gets Preeta to the house. He meets his goons. He waits for Prithvi. The goon tells that he already for Prithvi.

Pawan drops Preeta to Prithvi. He thinks Preeta is really special that Prithvi loves her so much. He tells that Prithvi was mad about Sherlyn before, but this time he wants Preeta. He also finds Preeta different. He can’t express what’s so different. He thinks he can find out the difference when she gets conscious and talks to him. Prithvi gains consciousness. Karan asks Mahira to lift the veil. Bani unknowingly stops him.

She tells that reception and Mu dikhai ritual will happen together. She wants him to take the bride on the stage when time comes. Karan thinks why didn’t Preeta do any drama. Later, Preeta gains consciousness and gets to meet Pawan. She is stunned to know that she has been kidnapped. He reveals that he is Raavan, who got her to his Lanka. Preeta is stunned.

Reviewed Rating for this particular episode Kundali Bhagya Pawan shocks Preeta 30th September Update: 2/5
This rating is solely based on the opinion of the writer. You may post your take on the show in the comment section below.