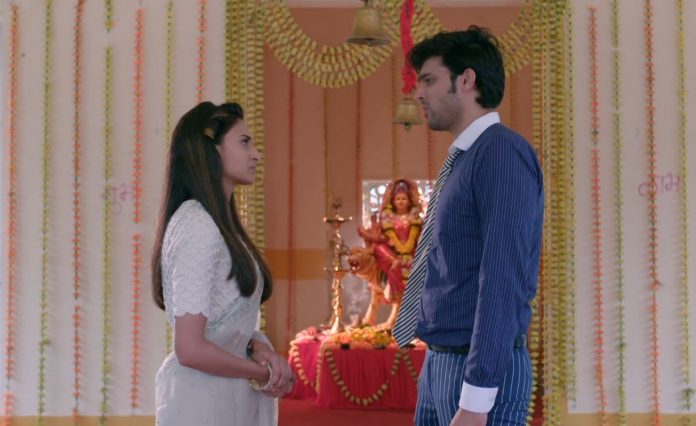 Kasautii Zindagii Marriage union danger twists 1st Oct Update Anurag learns that Komolika had planned to kill Prerna. He confronts her dare. Komolika tells that she had promised to live with her, but he broke his promise. She tells that Prerna will be out of their lives. He doesn’t want to stay with Komolika now. He ends their relation. Prerna decides to ruin Anurag and Komolika’s business.

She thinks to target their business so that Komolika gets compelled to return Sneha to her. Komolika tells Anurag that she will not change her mind, Prerna will die. She asks Anurag to apologize to her for his arrogance. She tells that she will never reveal any details until Prerna dies. Anurag warns her against harming Prerna. He challenges her that he will save Prerna. He trusts his love will win over Komolika’s hatred. She takes his challenge. He wants her out of the house. She wants Prerna dead at any cost.

Prerna asks her manager to buy shares of Basu company without getting Bajaj company involved. Anurag calls Prerna to inform her the risk. Prerna thinks he has called to lie to her again. Anurag takes Priyanka’s help to get Prerna’s location. Priyanka calls Prerna and gets to know her location. She informs Prerna. Anurag finds Prerna’s car being followed by a truck. He understands that Komolika’s goons are following Prerna to kill her.

He wants to get his car in between and save Prerna. Anurag stops the attack in time. The goons realize that Anurag has saved her life. They call up Komolika to inform her. Anurag makes Prerna run along to get saved from the assassins. She realizes the threat on her life. They reach the temple and think they got saved. She asks him if he has saved her from the planned accident to just gain her sympathy. He tells her that he can’t take more blames, he had just come to save her. He asks Prerna to know the truth before blaming him.

She wants to know why is he lying. She tells that he tried to kill her before, he can’t become her savior. She feels he is trying to kill her since she is trying to get Sneha from him. Anurag decides to tell her the truth. He asks Prerna to listen to him or kill him by the trident. He wants her to just understand that the goons are hunting for her. She finds him going mad. She accuses him for stopping her to get Sneha back. He apologizes for hurting her and snatching Sneha unknowingly. He has learnt all the crimes committed by Komolika.

He tells her that he has been wrong all the time and forced her to spend the life alone. He was also alone like her. He tells how much he missed her. He confesses his love for her. He reveals that he had to push her down the bridge to keep her alive and safe from Komolika’s plans. She doesn’t believe him. He wants to clarify his actions and make her believe. He exclaims that he was too helpless since Komolika had threatened him.

He further adds that Komolika was sending her to jail for Viraj’s murder, since she had the video proof against Prerna. Komolika stabs Prerna’s picture. Goon tells her that Anurag is saving Prerna. Komolika asks him to kill Anurag if comes in their way. Mohini learns a shocking truth. She can’t tolerate Komolika’s madness to kill Anurag. Komolika doesn’t get ashamed to repeat her words. She isn’t scared of Mohini. She orders the goons to kill Anurag and Prerna. Furthermore, Anurag mentions the thorn bird story told by Prerna.

He was helpless to make Prerna away from his life, else she would have spent her life in the jail for the murder. He reveals that Komolika snatched everything from him for the sake of Prerna’s freedom. He counts his sacrifices. Prerna doesn’t think to believe his story. She tells him that she has seen him getting intimate with Komolika. He tells that he had shown her such sight just because he wanted her to hate him. She feels he is playing another game to fool her. He tells her that he is ready to face her, since he is free to tell the truth. He has got the courage to tell the truth, since he holds all the proofs in his favor.

He wants her to trust him. He tells that he wants to live his life with Prerna and Sneha. Prerna rebukes him for leaving Sneha at the orphanage. Anurag tells that he had not taken the step for the bad results. He tells that Chandrika promised him that she will safely hand over Sneha to Prerna. He felt Sneha is living well with Prerna. Prerna doesn’t believe his swears. She finds it hard to believe all the stories. Anurag tells Prerna that Mr. Bajaj had saved her in time, since he was also a part of the big plan.

Anurag tells that Mr. Bajaj helped him in saving her from Komolika. Prerna can’t believe it. He mentions the entire plan and convinces her. Mohini reprimands Komolika for ordering the goons to kill Anurag. Komolika threatens to kill her as well. She admits her crimes that she had killed Rajesh, she had tried to kill Sneha as well. She scares Mohini further. Mohini’s eyes finally open. Komolika wants all her enemies dead. She attacks Mohini. Anurag marries Prerna once again. While they unite, the danger still looms around. How will they get saved from Komolika? Keep reading.

Reviewed Rating for this particular episode Kasautii Zindagii Marriage union danger twists 1st Oct Update: 5/5
This rating is solely based on the opinion of the writer. You may post your take on the show in the comment section below. 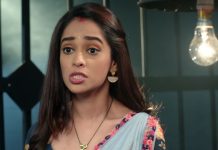 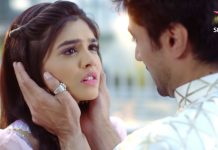