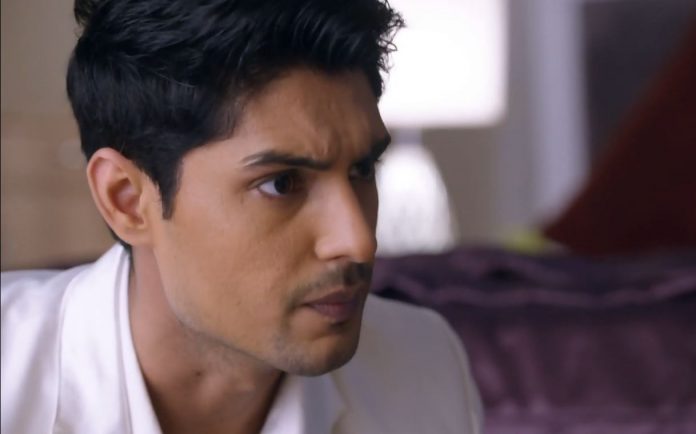 She tells that she will come soon. Janki shares her location. She tries to send her location to Shrishti. On the other hand, Pawan asks Preeta to forgive his goons. He tells that Prithvi may have not explained her how much he loves her. He tells how Prithvi shattered on knowing about her marriage with Karan. He asks her to love Prithvi.

She wants to fail Mahira. Karan meets Mahira and fails to see her face. She tries to romance him by hiding under the veil. She is glad to see Karan distancing from her, assuming her to be Preeta. She wants to tell him that she is Mahira. Kritika calls them for the ritual. Preeta tells that she doesn’t love Prithvi, she can’t marry him. Pawan tells that it doesn’t matter, since Prithvi loves her. He wants her to value Prithvi, who moved on by leaving his girlfriend.

She asks him to stop his nonsense. She tells that he can’t stop her, she can’t forget Karan and Luthra family. Pawan tells that its his command that she forgets her family. Sarla finds Karan with his wife. She thinks she is Preeta. Mahira thinks Karan dislikes Preeta and won’t feel bad knowing Preeta is forced to marry Prithvi. Sarla finds Preeta looking different, but Sanjana misleads her. Karan asks Preeta not to get happy after the rituals. Mahira likes the way he talks to Preeta. Sanjana realizes that Sherlyn has no idea about Mahira’s plans.

Furthermore, Sherlyn learns about Mahira and takes her away before the latter gets caught. Shrishti speaks to Janki and gets the location. She wants to reach Janki soon. They both don’t know that Pawan actually kidnapped Preeta. Pawan apologizes to Preeta. She asks him if Prithvi would misbehave with her if he was in senses. Pawan tells that Prithvi is mad about her, he was planning to forcibly marry her. Preeta tells that she didn’t see Prithvi’s evil before. She tells that she doesn’t know bad Prithvi, she can never love him. She tells that Prithvi is a nice man as far as she knows. Pawan bursts into laughter. He exposes Prithvi’s true side.

Reviewed Rating for this particular episode Kundali Bhagya 2nd October Pawan exposes Prithvi’s truth: 3/5
This rating is solely based on the opinion of the writer. You may post your take on the show in the comment section below.