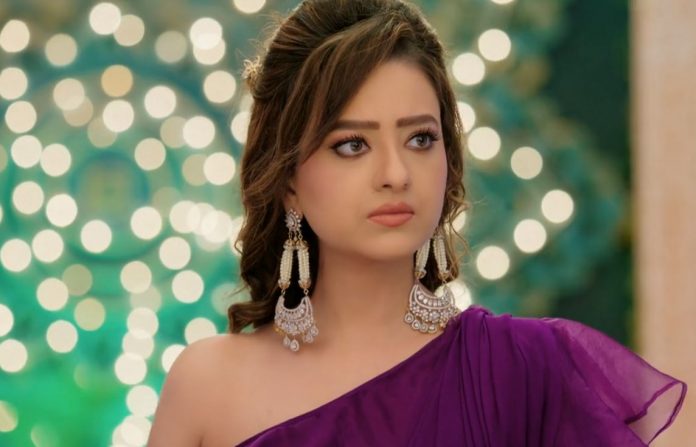 Anupama Kavya thrown out 2nd October 2020 Review Update Anupama faces many difficulties during Paritosh and Kinjal’s engagement. She finally gets their engagement done. The new development in the story is Kavya’s exit from Shah family. Anupama and Baa make Kavya leave the house for a reason. All the drama happens after the celebrations get over. Rakhi doesn’t leave a chance to break the engagement.

Anupama and Vanraj want the engagement to happen at any cost. Pramod asks Rakhi to just decide if she wants to be a part of the engagement ceremony or not. He tells that he will get Kinjal engaged even if Rakhi makes a leave. Rakhi keeps her ego high. Anupama asks Rakhi to drop her ego since she is a mother and has to think of her daughter’s happiness. She reminds her words that a family and ego can’t run together.

She asks Rakhi not to be stubborn and just end her anger. She wants Rakhi to bless the children. She convinces Rakhi. Bapu ji praises Anupama for fixing everything. He feels proud of her. Vanraj, Samar and Paritosh take care of Pakhi. Paritosh tells that he isn’t in any hurry for the engagement, he just wants Pakhi smiling. Samar and Paritosh protect Pakhi from sorrow. Anupama is glad to see their bonding.

Vanraj holds Anupama’s hand to thank her. She asks him not to worry for Pakhi. He tells her that she has handled everything well. Kavya is jealous to watch them. She realizes that Vanraj always favors Anupama. The family poses for the picture. Baa asks Paritosh to smile for the picture. She taunts Rakhi. Anupama feels she has worked hard to see this day. She recalls that she has to get the special attire for Paritosh’s engagement.

She tells Samar that she forgot the sherwani at home. Samar tells that he will just go and come. Anupama wants to go along. He tells that she may miss the engagement if she comes. She tells that engagement can’t happen without the presence of groom’s mother. They go home to get the Sherwani. They get it and rush back to the community hall. Rakhi has overheard Anupama and Samar’s conversation. She wants the engagement to happen before Anupama comes.

Moreover, Anupama returns with the Sherwani. She wants Paritosh to wear it during the ring exchange. She is shocked to see the ring exchange ceremony done. She thinks she has missed the moment. Everyone is happy and forgets that Anupama wasn’t there. Samar feels bad and takes a stand for Anupama. She doesn’t want him to argue and spoil their happiness. Samar tells that everyone should value her, since she is the reason for making this day possible. Kavya is with Vanraj. He doesn’t notice that Anupama is missing in the pictures.

Samar is annoyed to see Vanraj’s behavior. Rakhi tells Anupama that the engagement happened without her presence, the family doesn’t value her, even when she has done a lot to make the engagement possible. She taunts on Anupama’s value in the family. Anupama doesn’t drag the argument and stays silent.

Later, when Paritosh and family see the engagement pictures, he questions about Anupama’s absence. Anupama feels bad. Baa sees Kavya with Vanraj in almost all the pictures. Vanraj tells that he didn’t notice it. He asks Anupama where did she go. Samar tells them that Anupama had gone to get Paritosh’s Sherwani, but nobody waited for her. He tells that Paritosh was so happy for his engagement that he forgot his mother who got his happiness. Vanraj angrily shouts on Samar. Samar apologizes to him.

He tells that Kavya is there in the pictures, but not Anupama. He wants everyone to apologize to Anupama. Bapu ji apologizes to her. Baa tells them that they can get the pictures edited. Paritosh argues that Anupama left from the venue and then making him feel guilty. Vanraj also asks Anupama not to gain their sympathy. Baa vents her anger on Kavya, who is always with Vanraj. Baa and Kavya get into a heated argument. 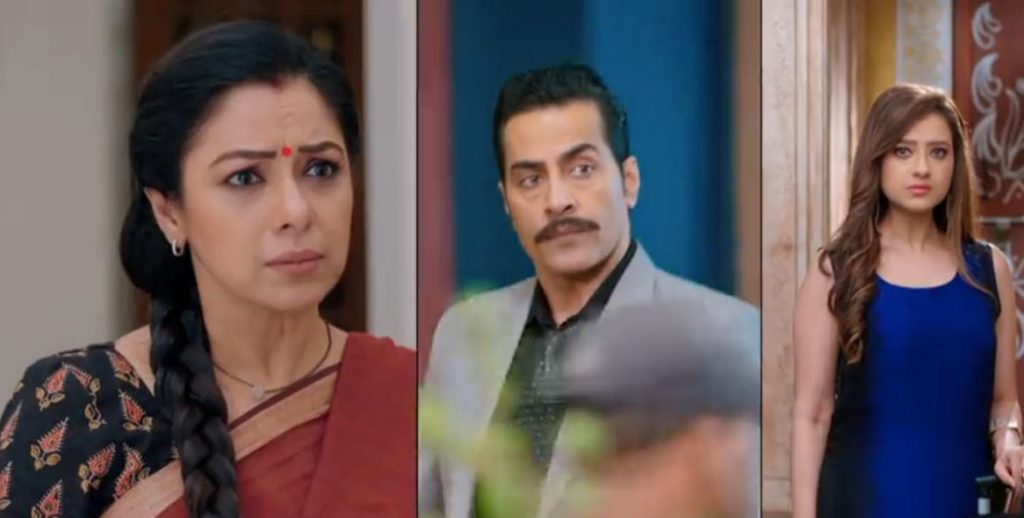 Furthermore, Baa wants Kavya to leave the house. Kavya leaves the house when Baa and Anupama get against her. She reaches Nandini’s house. She informs Vanraj that Anupama had humiliated her and ousted her from the house. She provokes Vanraj against Anupama. What will Vanraj do now? Keep reading.

Reviewed Rating for this particular episode Anupama Kavya thrown out 2nd October 2020 Review Update: 4/5
This rating is solely based on the opinion of the writer. You may post your take on the show in the comment section below.