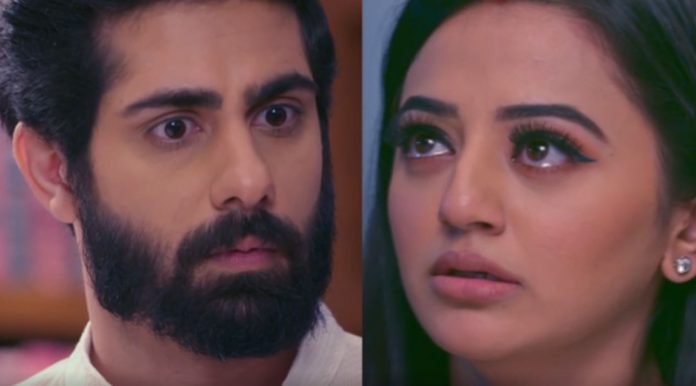 Ishq Mein Marjawan 6th October 2020 Written Update Riddhima panics Vansh unknowingly eats the watermelon sent by Anupriya for Riddhima with a motive to kill her. Vansh is still unaware that someone from his family really wants to kill Riddhima. He didn’t believe Riddhima before when she took Ishani’s name. He doesn’t want to doubt his family, for whom he can cross any limits. He loves his family and expects them to love him back. Riddhima suspects Ishani and Anupriya behind the attack on her.

She realizes that Anupriya is the main culprit who is using Ishani’s hatred against her. She still wants Ishani to forgive her for Sunny’s death, since she didn’t kill Sunny. Vansh has kept the truth of Sunny’s fake death a secret, since he doesn’t know Ishani would make it a basis to take revenge on Riddhima. Anupriya informs Kabir about her move to poison to melon to put a final stop to Riddhima’s investigation against them. She tells him that soon he will get the news of Riddhima’s death.

Kabir doesn’t have any objection to her move. He just wants to secure his mission, that’s to ruin Vansh down and take his place in VR mansion. Moving on to the poisoned moment, Riddhima is very much shocked to see Vansh unresponsive. Vansh lies unconscious while showing the signs of poisoning. She gets terrified to see Vansh in such a critical state. She doesn’t want Vansh to become a target of Anupriya’s hatred.

Riddhima tries to get help from Angre and Dadi, the two well wishers for Vansh. Riddhima gets struck with the love realization on seeing Vansh going far from her. She screams, loses out her mind and goes frenzy to see Vansh dying. She can’t let that happen, since she has realized her love for Vansh.

The worst moment brings out real emotions in Riddhima’s heart. She was struggling with the confusing dilemma till now over choosing Vansh over Kabir’s love. She now gets clear that she has moved on in life with Vansh, she really loves him and can’t afford to lose him. Anupriya didn’t imagine that her super dramatic poisoning move will bring out Riddhima’s love for Vansh.

Moreover, Anupriya learns about Vansh’s critical state. She realizes that her plan backfired and Vansh had consumed the poisoned melon. Anupriya isn’t moved, since Vansh is her primary enemy. She faces Riddhima. Riddhima reprimands Anupriya for Vansh’s condition. Riddhima panics for Vansh’s life. She gets the medical help for Vansh. While Vansh gets treated, Riddhima threatens to not spare Anupriya if anything happens to Vansh’s life.

She gets into a heated argument with Anupriya. She takes a strong stand as Mrs. Riddhima Vansh RaiSinghania. Anupriya gets raged up seeing her dare. She wonders how did her plan fail and Riddhima got saved. Riddhima goes to perform a tough ritual. She lights a lamp/diya in her palm while making a prayer/mannat for Vansh’s life. Riddhima sheds tears while tolerating the burning pain on her hand. Riddhima wants to defeat Kabir’s plans against Vansh. What will Riddhima do against Anupriya now? Keep reading.

Reviewed Rating for this particular episode Ishq Mein Marjawan 6th October 2020 Written Update Riddhima panics: 5/5
This rating is solely based on the opinion of the writer. You may post your take on the show in the comment section below.