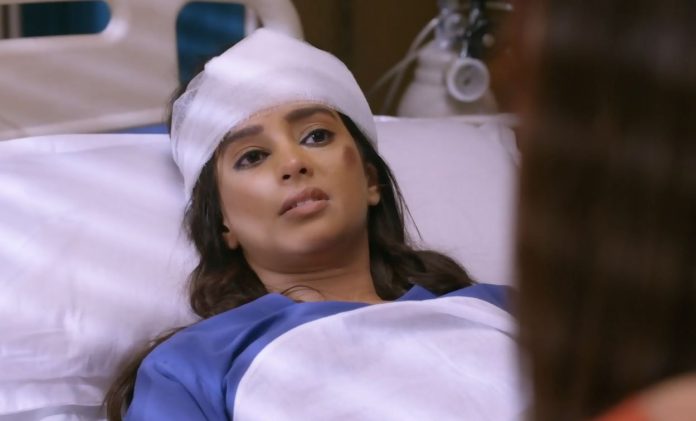 Kumkum Bhagya 8th October 2020 Written Update Review Pragya makes a prayer in the temple for Prachi’s life. Shahana informs her that Prachi got conscious. Pragya is thankful that her prayer is answered. Rhea goes to Pragya’s house to get the mug which has her fingerprints. Rhea likes Pragya a lot. She wants to convince Pragya to meet them later. She takes Pragya’s picture to keep her memory. She happens to see Abhi’s picture behind Pragya’s picture.

She doesn’t understand it first. She gets to see more of the old pictures when she looks around. She tries to find out the relation between Abhi and Pragya. It so happens that Prachi never checked the same frame and Pragya’s cupboard till now in the past 20 years, which Rhea does to reach the truth. Prachi never tried to know about her father. Rhea gets to see Prachi and her birth pictures. She realizes that Prachi and she share the same mother.

She recalls the same pictures shown by Abhi. Abhi had told Rhea that she used to trouble him a lot, it wasn’t easy to handle her alone. He didn’t wish her to check his cupboard again, which has many valuable things. She realizes her bond with Pragya. She has always wished to get Pragya as her mother. She gets emotional to know that Pragya is really her mother. She wants to meet Pragya and tell her that they are really mother and daughter.

She realizes that Pragya is her twin sister. Meanwhile, Ranbir cries for Prachi. She gets conscious. He wants her to get fine. Prachi consoles him. She wants him to keep smiling. Ranbir tells her that he was too scared on witnessing her accident. He had prayers for her a lot. He tells her that he can’t lose her. He tells her that the truck driver was a professional contract killer, who was hired by her enemy.

Ranbir wants to tell her that he loves her a lot. Pragya meets them and breaks their moment. Pragya is emotional and hugs Prachi. She wants Prachi to recover and come back home with her. Pragya’s hand bleeds due to her ultimate prayers. Prachi worries for Pragya. Pragya doesn’t want anyone to know Rhea’s truth and hate her. Rhea hugs Pragya’s pictures and cries. She feels she has lost Pragya. She believes that her fate had Pragya’s love written.

She had missed Pragya all her life. She always felt a connection with Pragya, though she was unaware of the truth. She keeps everything back on sensing someone come home. She feels sorry for her actions that she had tried to kill Prachi. Aaliya speaks to the lawyer. The lawyer tells that Pragya got to know about Rhea’s crime, but she didn’t file the complaint for a big reason. She tells Aaliya that Rhea would have got arrested by now, its impossible to save Rhea if Pragya files a complaint. Aaliya wants to send Rhea away.

He tells her that attempt to murder charge is a big offense, Rhea should run away before police’s arrival. He tells that Pragya isn’t Rhea’s mother to pity her and forgive her. Aaliya knows that Pragya is really Rhea’s mother, if she tells the truth to Pragya, then maybe Rhea will get saved. She doesn’t want to tell the family and unite the family. She doesn’t want to lose Rhea forever. Prachi wants to know about the culprit behind the accident. Pragya gets speechless. Rhea reveals the truth to Aaliya that Pragya is her mother, and Prachi is her elder sister. Aaliya can’t believe it. She wants to manipulate Rhea to stop her from believing Pragya.

Reviewed Rating for this particular episode Kumkum Bhagya 8th October 2020 Written Update Review: 4/5
This rating is solely based on the opinion of the writer. You may post your take on the show in the comment section below.