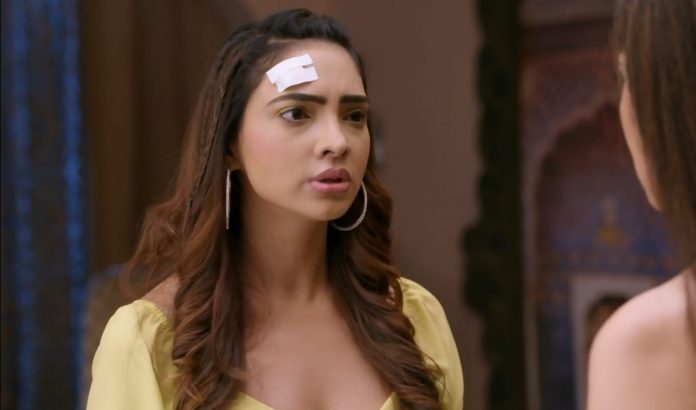 Kumkum Bhagya 9th October 2020 Written Update Rhea reforms There are two parallel tracks going on in the lives of Pragya’s daughters. Rhea has got to know a big secret that Pragya is her mother. She weeps while hugging Pragya’s pictures. She feels her prayers are answered, since she always wanted Pragya to be her mother. She apologizes to Prachi, her elder sister. She regrets her misdeeds, since she has fallen so low to hurt her own sister. Her hatred, anger and annoyance for Prachi ends in a moment when she learns their blood ties.

Rhea never wished to cause any harm to Pragya. She was just hating Prachi for the fact that Prachi got all the attention which she deserved. She wanted to be the favorite in her family. She was seeing Prachi taking her place and was against her, but now she feels Prachi also deserves Abhi’s love. Rhea wants to unite her family back, knowing Abhi and Pragya love each other so much that they are still incomplete without each other. Rhea wants to complete her family and also get rights for her sister Prachi.

Other side, there are bundles of twists when Prachi confronts Pragya to know the culprit who planned her accident. Pragya had slapped Rhea and broke her ties with her, but she still has a soft corner for her. She doesn’t want to expose Rhea’s truth to Prachi. She prefers to stay silent. Prachi knows that even Sarita got to know the truth. She questions Sarita about the victim.

He feels ashamed of Rhea, who always won his trust and back stabbed him. He thinks Rhea has not only hurt Prachi, but also hurt Abhi and him by his immoral act. He doesn’t want to spare Rhea. He wants to tell Rhea’s inhumane act to Abhi and get her punished. Prachi realizes that Ranbir has heard the truth. She stops Ranbir from going to Abhi. She doesn’t want the harsh truth to hurt Abhi. Prachi just thinks of Rhea’s image, since everyone will hate Rhea on knowing her truth. She still cares for Rhea, unaware that Rhea is her sister.

Prachi always wants Rhea to feel secure in her life. She feels maybe she has gone into her family to a level to raise Rhea’s insecurities. Prachi wants Ranbir to not reveal the truth to anyone. Ranbir gives up his anger for the sake of Prachi.

Later, Pragya and Ranbir take Prachi home when she gets stable. Ranbir takes care of Prachi. He wants to be with her all the time. Ranbir wishes that Prachi accepts his love proposal. They have a moment of unspoken love. Moreover, Rhea barges home to meet Abhi and reveal the truth to him. She fails to meet him. She wants to tell him that she has found Pragya, her mother.

She wants to shout out the truth to Prachi as well that she has a big surprise for her, the truth that Abhi is Prachi’s father. She wishes for a happy family union. She meets Aaliya and reveals that Pragya is her mother and Prachi is her elder sister. She confronts Aaliya for hiding the truth. She realizes that Aaliya already got to know this truth and still kept her away from Pragya. She didn’t wish Aaliya to take an advantage of her innocence. Rhea gets distant from Aaliya, realizing her evil motives. She declares that she will unite Abhi and Pragya to complete their family.

Reviewed Rating for this particular episode Kumkum Bhagya 9th October 2020 Written Update Rhea reforms: 4/5
This rating is solely based on the opinion of the writer. You may post your take on the show in the comment section below. 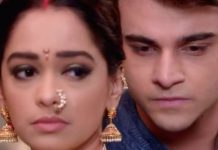