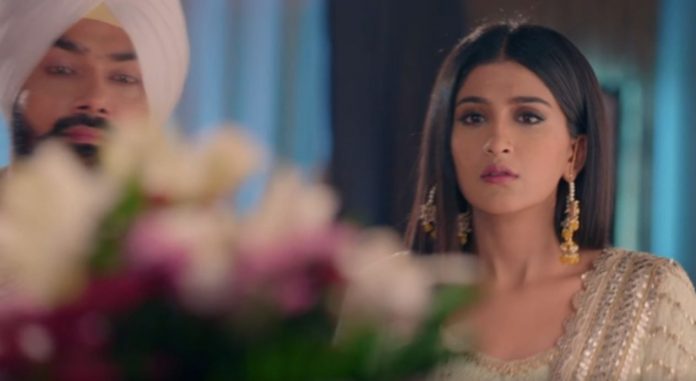 Choti Sardarni 9th October 2020 Update Upcoming twists Manav prepares to surprise Meher. He is mistaken that Sarabjeet already left for India to be with his son Param. A misunderstanding gets on Manav’s mind that Meher isn’t happy with Sarabjeet. He thinks she is helplessly caught up in a wrong and unwanted marriage. He wants to help Meher out by telling her that he has come back to her rescue.

Manav wants to live his life with Meher, for whom he has returned from the death. He believes that Meher is really a blessing for him. He wants to promise all the happiness of the world to her. With many dreams in his eyes and excitement seen on his face, he proceeds to meet Meher. The short distance in the hotel corridor looks a big one to him. Sarabjeet eases Meher out when she worries for the future. She also can’t imagine her life without Sarabjeet.

Sarabjeet swears to save her and take her back home to Param and Karan. He wishes to keep her faith and hopes. Manav turns up to confess his love to Meher. Meher and Sarabjeet await Martha at the hotel to know her decision before reaching the court the next day. They think Martha will come to meet them and forgive them for her husband’s death since Meher has cured Angel.

To their surprise, Manav reaches the doorstep with flowers. Sarabjeet and Meher are in for a surprise of shock? With Meher refusing Manav’s love as seen in the upcoming promo, will Manav really break all the limits of sanity and kill a generous noble man like Sarabjeet. Will Manav plot the end of Meher and Sarabjeet’s love story by turning negative? The latest promo brings the twists of Manav facing the rejection by Meher and angrily shooting down Sarabjeet to add up more woes in her life. Meher and Sarabjeet’s beautiful love story should be realized and accepted by Manav. Comment below about the upcoming twists in your favorite show Choti Sardarni.

Reviewed Rating for this particular episode Choti Sardarni 9th October 2020 Update Upcoming twists: 5/5
This rating is solely based on the opinion of the writer. You may post your take on the show in the comment section below.