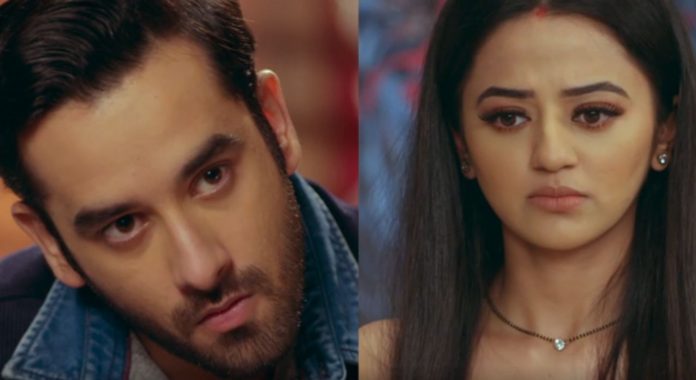 Ishq Mein Marjawan 10th October 2020 Update Exclusive Preview Kabir tells Anupriya that he has to find a way to keep Riddhima and Vansh in his control until he decides about their lives. He doesn’t want any little mistake to cost his planning of years. He further admits that Riddhima is just his pawn, he will use her and then trash her once he gets evidences against Vansh. Sejal happens to arrive at Kabir’s house to meet him and know about Riddhima.

Sejal is the only person who knows about Riddhima and Kabir’s love relationship. She doesn’t know Kabir’s real profession, family or motives. She assumes him to be an orphan and a PT teacher by profession. She lands up at his place to plan a surprise for Riddhima by taking his help. She thinks even Kabir will be excited for the surprise. But, Kabir reveals his evil motives which reach her ears. Sejal learns that Kabir is planning to kill Riddhima and Vansh. She is shocked to see his true face.

She wants to inform Riddhima about Kabir’s big deceive. Sejal tries to make a move from there, but makes a vase fall down by mistake. Kabir happens to see Sejal escaping from his house. He tells Anupriya that Sejal is Riddhima’s best friend, she is much loyal to her and will definitely tell Riddhima about his truth. Anupriya asks him to stop Sejal.

Kabir follows Sejal who runs outside and hides behind the car. Kabir chases her with a gun. Sejal calls Riddhima and informs her about the big deceive. She tells Riddhima that her life is in danger. Riddhima fails to understand her warning. Sejal is caught before she takes Kabir’s name. Kabir can’t afford to let her go to Riddhima. Kabir hunts for her and catches her. He kidnaps Sejal and keeps her tied up at his house’s basement. Riddhima fears that Sejal is in danger. She goes to find Sejal. Riddhima gets close to find Sejal who seeks her help to get free. Will Kabir leave Sejal free? Keep reading for more news bytes and upcoming previews of your favorite show. Check for the latest IMM 2 full update of 10th October 2020 post in Featured.

Reviewed Rating for this particular episode Ishq Mein Marjawan 10th October 2020 Update Exclusive Preview: 4/5
This rating is solely based on the opinion of the writer. You may post your take on the show in the comment section below.