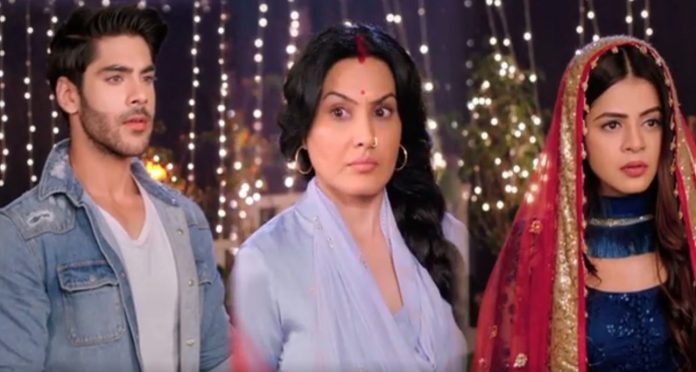 Shakti 12th October 2020 Written Update Preeta’s conditions Virat takes a daring step to convince Preeto for Heer and his marriage. He confesses love for Heer. He jumps down the cliff, while Harak Singh gets Heer there. Heer can’t believe Virat’s madness. Preeto didn’t wish Virat to die. Virat tells her that he isn’t Harman to leave forever. He wants to come back to Heer if his love is true. Preeto visualizes Harman in Virat. Heer fears of losing Virat as well.

Virat tells Preeto that history will not repeat itself, he will come back for Heer. He gets mad for Heer. Harak and Preeto are shocked that they couldn’t change Virat’s mind even by threatening him. Heer prays for Virat’s return. Heer’s prayers get answered, when Virat returns for Heer’s love. Preeto gets a big challenge for Virat.

She tells Virat that he can marry if he fulfills her three conditions. She plays a big game once again to fail Virat. Harak had already admitted his crime of killing Soumya to keep her away from Harman’s life. He had threatened Virat to kill him just like Soumya to keep Virat out of Heer’s life. Virat isn’t scared for his life.

He proves this once again by walking to Harak Singh’s door step with a request to marry Heer. The Navratri festive brings many twists for Virat and Heer’s love story. Virat unites with Heer, who agrees to marry him. The couple takes rounds to marry each other, but get hindered by Preeto. They get blessed by Mata Rani. Preeto brings a big twist in the story. She asks Virat to complete the remaining three rounds after fulfilling her conditions. She tells him that she will permit him to marry Heer if he wins. Virat is ready to fulfill any condition in order to marry Heer. He promises to complete Heer’s life with his love.

Reviewed Rating for this particular episode Shakti 12th October 2020 Written Update Preeto’s conditions: 4/5
This rating is solely based on the opinion of the writer. You may post your take on the show in the comment section below.