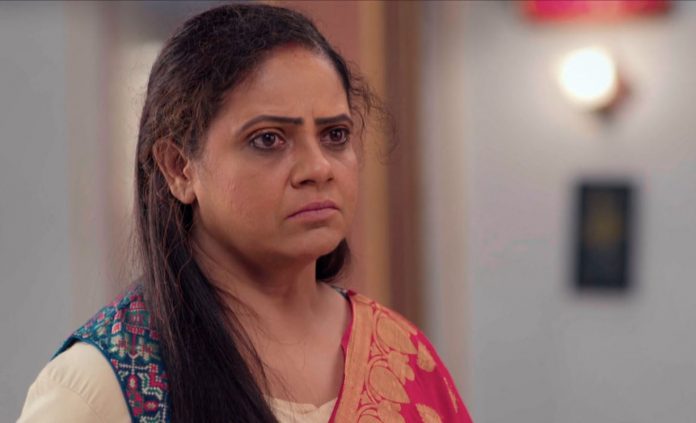 Yeh Rishtey Hain Pyaar Ke 12th October 2020 Written Update Meenakshi’s shocking drama Mishti is depressed that her plan isn’t working. Abir and Mishti leave for the airport. She tells him that she tried her best to explain Meenakshi, but her efforts went in vain. Abir is also upset to leave Kunal. Meenakshi runs before the car to stop them. Abir stops the car in shock and rushes to his mother. He holds Meenakshi and asks her if she is okay.

Meenakshi apologizes to Abir and Mishti. She doesn’t want them to go away. She tells that she has realized her mistake, she has understood the value of relations. She asks Mishti to forgive her. She thanks Mishti for making her realize that family is made by relations, not money. She can’t live without her children. Mishti tells her that she was playing a drama to break the house just to bring the family together. She wanted to make everyone realize that they can’t live without each other.

She wants Kuhu to realize it too. Meenakshi tells that she has realized it. Abir doesn’t believe Meenakshi. He thinks she is still doing a drama to fool Mishti and stop her home. Abir knows that Meenakshi is good in manipulations. He doesn’t like the drama. Meenakshi takes them home. Abir is upset. Mishti and Kunal try to convince him. The entire family sings and dances to cheer up Abir. They have a happy moment in the family.

Meanwhile, Kuhu wants to go back to Kunal. She asks Jasmeet to convince Varsha to send her back. She tells that if Abir and Mishti really left, then Kunal would be lonely. She feels Kunal needs her emotionally. Jasmeet asks her to find out if Abir and Mishti left. She makes a video call to Nidhi and sees the entire family singing happily. Kuhu is much delighted to see them together and happy. Nidhi tells Kuhu that Mishti played a drama to convince Meenakshi. Kuhu feels Mishti is really great to bring a change in the family.

Mishti is happy with the family. Abir sees Meenakshi apologizing to Parul. Abir doesn’t believe her change. Meenakshi thanks Parul for running the house well and raising her children when she was busy in running the business. She feels Parul has always been a support for her. She is thankful that Parul gave a younger brother to Abir.

She considers Parul as her younger sister. Parul gets too emotional and hugs her. Mishti tells Abir that Meenakshi has really changed. Abir tells her that Meenakshi is playing a drama again to unite the family. Abir, Mishti and Kunal go to Maheshwari house to pick Kuhu. They learn that Kuhu already left to meet Kunal. They wonder where did Kuhu go. Kuhu gets stuck on the way after her car breaks down.

Reviewed Rating for this particular episode Yeh Rishtey Hain Pyaar Ke 12th October 2020 Written Update Meenakshi’s shocking drama: 3/5
This rating is solely based on the opinion of the writer. You may post your take on the show in the comment section below.