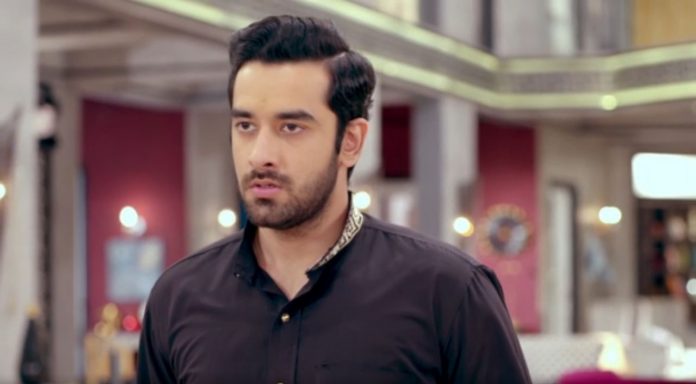 Ishq Mein Marjawan 15th October 2020 Written Update Surprise for Kabir Riddhima goes to see Vansh and change his mind regarding the dinner plans. He doesn’t want to reveal anything to her before time. He plays a mind game with her once again. Riddhima isn’t sure if Vansh has got to know about Kabir and her through Sejal. Vansh tells her that Sejal is on the way to their home for dinner. He asks Riddhima to get ready as well.

He tells her that she should be happy to welcome her friend. Riddhima gifts Vansh a picture of him. He likes her special gift. He tells her that even if she leaves his house or goes away on her own, the sketch will always be with him. He promises her that he will always keep the gift close to him. His rude and cold behavior makes her realize that he is suspecting her already. She gets more nervous when he doesn’t appear lovey dovey as he used to be before.

Moreover, Vansh reminds her their conversation. He had told her on the wedding night that she should get the gun from his drawer and shoot herself if she has dared to cheat him and realized that he got to know her betrayal truth already. He told her to die herself than letting him kill her, after her betrayal got exposed. He can’t forgive betrayers. He made it clear to her often. Riddhima gets worried on hearing this warning.

She realizes that Vansh knows about her betrayal and wants her to shoot herself. She isn’t sure of what she is thinking. On the other hand, Anupriya goes mad thinking of Vansh’s rage on Kabir. She can’t believe that Vansh was going to shoot her son. She tells that she has sacrificed Kabir’s happiness to give it to Vansh, she has given much love to Vansh, but not to see such a day that Vansh kills her son.

She can’t accept Vansh’s daring act. She gets revengeful against Vansh. She is hurt that Vansh was trying to shoot down Kabir. She wants to take revenge on him by bringing out Riddhima’s truth so that Vansh fees deceived and breaks down. She tells that she will not spare Vansh if he dares to bring out Kabir and her relation truth. She burns Vansh’s picture.

She wants to teach a memorable lesson to Vansh. She vows to settle scores with Vansh. Vansh converses with Siya and tells her the reason for being rude to Riddhima. He tells her that Riddhima’s truth is something else than she presents to them. He tells that Riddhima is much cunning and deceiving, she is good at hiding her secrets. He reasons his behavior towards Riddhima. Siya understands that he is hurt. She doesn’t tell him more. Vansh surprises Riddhima with flowers and puts her in a deep dilemma.

He tells her that the surprise is inside the bouquet. Riddhima is much tensed. He gifts her the same gun which he had given her on their wedding night. She thinks Sejal has surely told him the past truth. She wants to know if Vansh wants her to die. Anupriya is worried that Sejal will tell Vansh about Kabir and her blood ties. She fears that Vansh will not spare Kabir. Chanchal is worried that Sejal will expose Aryan’s plan of kidnapping her. She doesn’t want her son to suffer. Riddhima is similarly cautious about Kabir and her relation coming out.

Furthermore, Kabir realizes someone’s presence when he arrives in a drunken state. He gets to meet Mishra, and learns that Vansh didn’t kidnap Mishra. Mishra tells him that he got Sejal to hide at his place. Kabir realizes Vansh lied to Riddhima and family to bring out their secrets. He wants to alert Riddhima to not confess anything. Vansh gives a last chance to Riddhima to admit the truth. He scares her and tells her that he got to know everything. He wants her to admit it. Riddhima gets close to admit that she has cheated him and she deserves to die as a punishment. She worries a lot, while Vansh watches her expressions. Riddhima stops herself from making the confession when she finds Sejal calling Vansh.

Vansh admits that he never met Sejal, he was just tricking her for a motive to find out the cheat. Riddhima accuses him for lies and cheat. She asks him not to play games with them. Vansh accuses her for acting clean all the time and hiding secrets. He confronts her, knowing she is hiding something from her. He clears out once again that he hates cheaters a lot. He puts Riddhima in guilt. Anupriya is proud to know that Kabir has caught Sejal, and Vansh was just lying to everyone. Chanchal and Aryan are also glad that Sejal isn’t with Vansh. Riddhima learns that Kabir has Sejal with him. She is relieved that Kabir is safe.

She connects to Kabir and wants to talk about Sejal. Kabir doesn’t let her speak to Sejal. He asks her to be cautious of Vansh, who is a murderer. She doesn’t want him to accuse Vansh without a proof. She defends Vansh. Vansh overhears their conversation and looks for evidence against Riddhima. His trust on Riddhima begins to tremble. Will Kabir meet Vansh again? How dramatically will Vansh expose Riddhima and Kabir’s affair? The series got more thrilling and exciting with every episode, ever since Vansh’s comeback is shown. The track will bring the twist of Vansh spotting Riddhima and Kabir together and understanding their love relationship.

Though he didn’t wish to focus on Riddhima’s past and wanted her to move on, he decides to not forgive her deceive, since she is with his enemy Inspector Kabir. The promo scene will be airing in tomorrow’s episode. Watch this space for the detailed update soon and also more exciting news to follow.

Reviewed Rating for this particular episode Ishq Mein Marjawan 15th October 2020 Written Update Surprise for Kabir: 3/5
This rating is solely based on the opinion of the writer. You may post your take on the show in the comment section below.