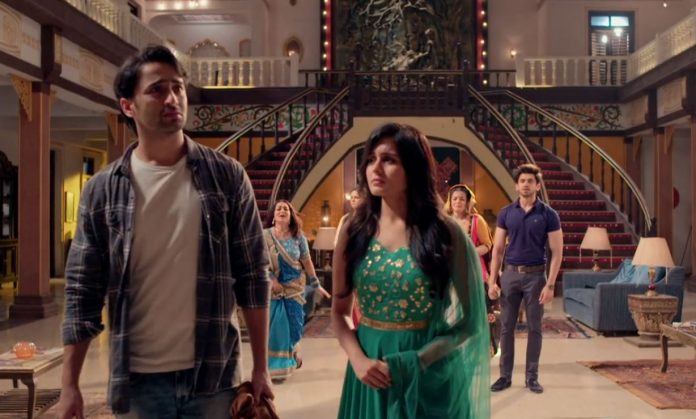 Yeh Rishtey Hain Pyaar Ke 14th October 2020 Written Update Climax drama Abir and Kunal try hard to find Kuhu, who is facing much difficulty in reaching the house. Kuhu feels unwell. She just wants to reach home. She fails to get any cab. Kuhu walks to the home. Kunal finds her broken phone on the way when he searches for her. He gets worried for her. He informs Abir that Kuhu is nowhere. Abir and Mishti try to find out where is Kuhu.

They tell Kunal that they will find Kuhu. Kuhu enters the house gate but faints down. The family members fail to see her at the gate. Kunal reaches home. The family prays for Kuhu’s safety. They wish that Kuhu is fine wherever she is. The peacock feather flies out to the gate and reaches Kuhu. Mishti reaches her by following the feather. She finds Kuhu unconscious. She calls everyone there. They realize that Kuhu had tried to come to them, but fainted before reaching them.

They rush Kuhu to the doctor. The doctor tells them that there is still time for the delivery. Varsha is worried for Kuhu. She threatens Meenakshi. She doesn’t want anything to happen to Kuhu. Meenakshi accuses Varsha for being equally responsible. She makes an apology to Varsha and explains her well. Varsha forgives her. Mishti feels things are getting normal. She tries to lessen their sorrow.

Kunal is much upset. Mishti asks him to just be positive and not get stressed. Kunal tells that Kuhu always wanted to be ahead of Mishti. Abir makes Mishti emotional by making an accessory for the baby. The family wishes for baby’s safety. Doctor informs them about Kuhu’s critical state. He tells them that they can just save the baby or Kuhu. Kuhu worries for the baby and wants to save the baby’s life. The family is much panicking to make a choice.

The doctor tells them that they have to choose either Kuhu or the baby. Abir and Mishti choose Kuhu. The baby and Kuhu stay fine. Everything gets fine for them. The show is ending this week. Things fall into place while the show gets the dramatic happy ending.

Reviewed Rating for this particular episode Yeh Rishtey Hain Pyaar Ke 14th October 2020 Written Update Climax drama: 3/5
This rating is solely based on the opinion of the writer. You may post your take on the show in the comment section below.