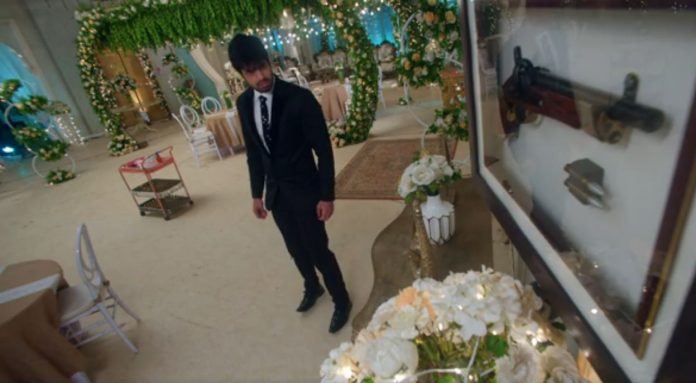 Choti Sardarni Upcoming mystery Preview 20th October 2020 Kulwant finds herself in big threat after Sarabjeet reprimands her for killing Manav. He doesn’t believe her when she gets Vikram Diwan to testify her innocence. He just believes Meher. Meher and Sarabjeet hold hands. Bittu and Rana see the gun kept in the wall decor. They tell that the night is going to be long, they will not let their mother get arrested. They also don’t want to go to jail.

Jagga learns that Sarabjeet wants to get Kulwant arrested for Manav’s murder. He warns Meher. He tells her that he will never let them get Kulwant arrested. Kulwant knows she is under the radar. She tells that the night will pass, the morning will be in her favor. She wants the sunrise to greet her. She decides to take a step to change the entire game. Manav too sees the same gun with a motive to kill Sarabjeet, since he is coming between Meher and Sarabjeet.

Kulwant thinks to save herself before Sarabjeet gets her arrested. She gets glad to know about the night curfew. Rane tells that they can do something and use the night curfew. Bittu tells them that they have to commit another crime to hide a crime. Jagga thinks Meher should forgive Kulwant’s crime since the latter did everything for Meher’s good future.

Reviewed Rating for this particular episode Choti Sardarni Upcoming mystery Preview 20th October 2020:3/5
This rating is solely based on the opinion of the writer. You may post your own take on the show in the comment section below.