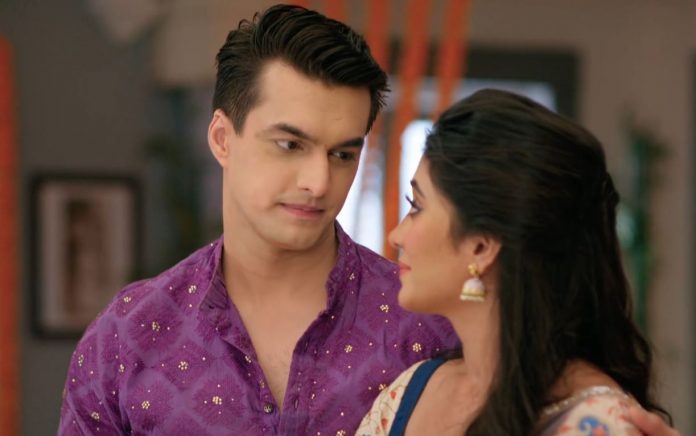 Yeh Rishta 21st October 2020 Written Update Adoption troubles Kairav gets scared to jump down the railing. Kairav gets spotted by the family. Kairav stops on seeing everyone back. The family asks him to not jump down and stay there. Kairav asks them about leaving him alone. Kartik finds the door stuck. He breaks the door and runs to save Kairav. Naira asks the family not to shout more, else Kairav will get more scared. She doesn’t want them to react panicked. She tells that Kartik will save Kairav.

Kartik and Naira reach the balcony and save Kairav from falling down. Kairav is much hurt that they didn’t notice him and left him alone at home. Kartik takes Kairav with him. He apologizes for leaving him alone. He explains the misunderstanding. He asks why didn’t Kairav call. Kairav tells that he didn’t remember mobile numbers, so he failed to called them. Krishna tries to take the baby to cheer up Kairav. Kairav gets more upset to see Krishna.

He doesn’t like Krishna at all. He runs away to his room. His reaction makes Kartik and Naira worried. They follow Kairav and try to know his problem. Kairav pours his heart out. He tells that they don’t love him, so they don’t listen to anything. He feels they like daughters more than son. He can’t share them with anyone. Naira explains that love gets more and more on sharing. She asks him to just love the baby sister. Kairav talks of Krishna, but they think he is complaining about Akshara. Kartik and Naira make Kairav feel special.

They end his annoyance by singing and dancing for him. They make Kairav laugh. Kairav is no longer upset with them. Krish and Vansh come to pamper Krish. This becomes a happy moment for Kartik and Naira. Naira thinks of the scary moment. She cries in tension. Kartik tells her that everything is fine now. He hugs to console her.

She tells him that they should tell the adoption truth to Kairav. She tells that if Kairav learns this from anyone else, then it will be a big problem. She knows Kairav is feeling insecure already. Kartik thinks they shall give him some time. She asks him not to delay and just tell it to the family also.

They don’t know that Kairav knows about the adoption decision. On the other hand, the family gets into a discussion about Naksh and Kirti’s divorce. They don’t want to lose Krish. They just find Naksh at fault. They pressurize Naira to call Naksh and speak to him. They want Naira to change Naksh’s mind. Naira tries to defend her brother. Naira calls up Naksh to know about his decision. She asks him to just think of Krish, who will be torn between his parents. Naksh tells that he will not lose Krish, even if Goenkas file a custody case.

He is much angry on Kirti. He doesn’t listen to anything. Naira tells Kartik that Naksh isn’t understanding, but they should try to sort the issues between Naksh and Kirti for Krish’s sake. Furthermore, Manish informs Kartik and Naira that Kairav is against Krishna’s adoption, he is aware of the truth already. This wasn’t expected by them.

Reviewed Rating for this particular episode Yeh Rishta 21st October 2020 Written Update Adoption troubles:2/5
This rating is solely based on the opinion of the writer. You may post your own take on the show in the comment section below.