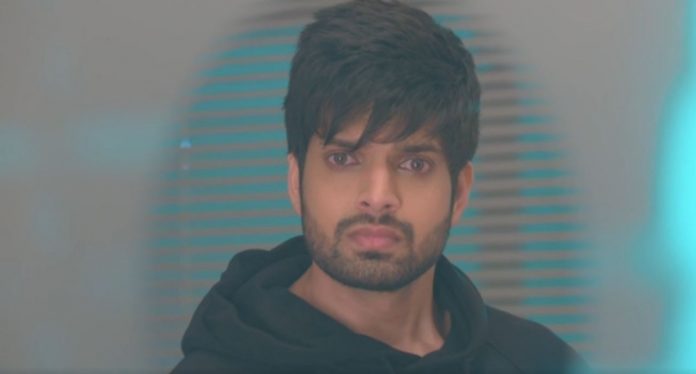 Choti Sardarni 23rd October 2020 Written Update Manav answers Meher Meher confronts Manav over shooting Sarabjeet. He asks her if he really suspects her. He tells that he can never kill Sarabjeet. She accuses him since she had seen him fighting Sarabjeet and pointing the gun at him. She tells him that she loves Sarabjeet, which is a reason enough for him to kill the latter. Manav doesn’t want her to accuse him. He tells her that he can never stoop so low, but if she wants to think so, then she is free to imagine anything.

He swears on Seema and Meher, the two people he loves the most. He swears that he didn’t shoot Sarabjeet. He tells them that the real culprit has planned everything accordingly on seeing his ongoing fight with Sarabjeet. He asks her to find the culprit who took an advantage of the situation. He tells her that one of the family members had committed the crime. He wants to find out the culprit. In the end, Meher believes Manav.

Kulwant and her sons accuse Vikram for shooting Sarabjeet. She tells that none of the family members can kill Sarabjeet. Robby asks Kulwant to call the police. He asks Vikram why was he hiding his identity and fighting with Sarabjeet if he didn’t want to kill him. Doctor asks Meher to meet Sarabjeet.

He thanks Vikram for getting Sarabjeet in time, else Sarabjeet would have died. Meher doesn’t know what’s the truth. Aditi tells Meher that they have to operate Sarabjeet, since he is critical. She tells that Sarabjeet will have to fight for his life. Meher encourages Sarabjeet. She speaks to him and tells how much she loves him. She wants him to get fine.

She asks him to talk to her and not give up on his life. Aditi shifts Sarabjeet to the OT. Meher wants Sarabjeet to stay strong willed so that he comes back to his family. Manav feels sad seeing Sarabjeet’s state. Sarabjeet tries to tell Meher about the person who shot him. Meher asks him if he had seen that person. Sarabjeet signs towards Manav first and then everyone standing there.

Meher asks him to say the name of the culprit. Amrita wants to know if Sarabjeet is fine and will get saved. She gives strength to Meher. She is thankful to Vikram for getting Sarabjeet to the hospital on time. She asks them who has shot Sarabjeet. Kulwant blames Vikram.

Manav tells Kulwant that he will find out the truth by investigations. He is sure that one of them is a killer. He accuses Kulwant as well, since she accuses him. He promises that he won’t spare the culprit. Everyone tries to blame Vikram. Amrita tells that if Vikram shot Sarabjeet, then he would have not helped Sarabjeet and left him at home to die. Meher asks Sarabjeet to think of their sons.

She wants him to keep his promise and come back. Meher recalls their moments and sheds tears of sorrow. Amrita shoulders her in sorrow. Manav wants to console Meher. He can’t see her shattered. He feels guilty. Seema calls him to ask about Sarabjeet. Manav tells that Sarabjeet is critical. She asks him if he shot Sarabjeet. He swears that he didn’t shoot Sarabjeet. He promises to catch the real culprit. Seema trust him. Sarabjeet gets operated, while Meher prays for his life. Manav apologizes to her. Amrita takes care of Meher.

Barrister Babu:
Anirudh and Saurabh plan their dramatic entry in the brothel. Bondita hides in the chest as per Anirudh’s idea. She doesn’t want to become a part of the exhibition. She knows that Tara Bai will find her everywhere, but not in the brothel.

She wants to escape once she gets a chance. She thinks Anirudh is alive and will soon meet her. Surayya informs Tara Bai that Bondita had escaped. Tara Bai angrily asks her goons to find Bondita. She wants to punish Bondita and shows his devious avatar. Anirudh reaches the brothel with Saurabh. He gets the gold coins to present to Tara Bai, leaving her impressed. Tara Bai believes that Saurabh is really a rich man. She invites Saurabh for the exhibition. Anirudh hopes to find Bondita. They get a place in the brothel. Tara Bai asks the goons to hurriedly find Bondita before the exhibition, since the rich clients have arrived. She plans to auction little Bondita.

Reviewed Rating for this particular episode Choti Sardarni 23rd October 2020 Written Update Manav answers Meher:3/5
This rating is solely based on the opinion of the writer. You may post your own take on the show in the comment section below.