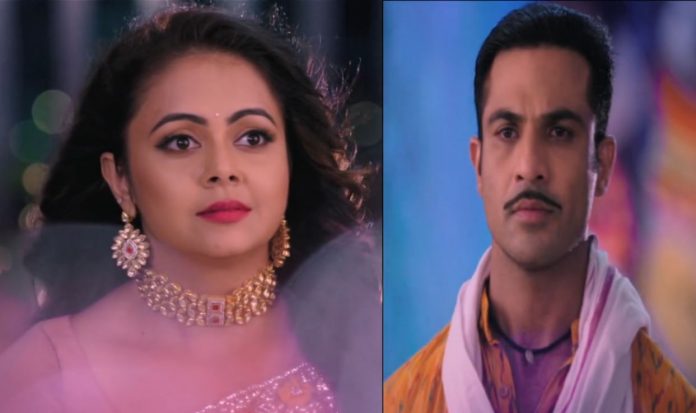 Saath Nibhana Saathiya 2 23rd October 2020 Written Update Gopi meets Ahem Kokila wants to know if Gehna has worn the earrings. Hema is shocked to see Gehna wearing the earrings. Gehna tells Kokila that she had worn the earrings to keep her wish. Hema finds the box empty. Gehna outdoes Hema and Kanak. Kanak angrily hugs Gehna on knowing her smart move to keep the earrings somewhere else beforehand. Kanak asks Gehna to get the clothes from the terrace.

She tells that they will leave in some time. She sends Gehna upstairs and locks her at home. She doesn’t want to take Gehna along. She tells Hema that Gehna is nothing but a maid for her, she can’t take servants along with her to the party. Gehna gets the clothes. She sees the cars leaving. She tries to shout to stop the family. She is left alone. She wants to inform them that Bapu ji’s medicines are still with her. Sagar unlocks the door.

He reaches Gehna and tries to take an advantage of her on finding her alone. He teases her and makes her cry. She prays to Kanha to get help. The hot oil falls from the diya, which burns Sagar’s feet. Gehna gets a chance to run out of the house. She escapes. She doesn’t know about the party venue. She thinks which way to go to reach Bapu ji and hand over his medicines. She doesn’t have any money to hire a cab. She runs on the road. She gets knocked down by a car. She falls unconscious on the road.

On the other side, Ahem has lost his memory and got nicknamed as Gopi now. He wrestles and masters the art. He just thinks of Gopi. He is misled that he is a Brahmahchari. He feels missing Gopi. At the party venue, Gopi doesn’t see Gehna. She thinks everyone has left Gehna at home. Praful gets the honour at the function. He gives the credit of his success to his wife Jamuna. His sons and Bahus want to get the cheque. They get greedy for money. Gopi gets face to face with her Ahem ji. Ahem feels connected to her. Kokila looks for Gopi. She finds Gopi speaking to someone. She wants to know who is the person. Gopi and Ahem share a nameless bond.

Reviewed Rating for this particular episode Saath Nibhana Saathiya 2 23rd October 2020 Written Update Gopi meets Ahem:2/5
This rating is solely based on the opinion of the writer. You may post your own take on the show in the comment section below.