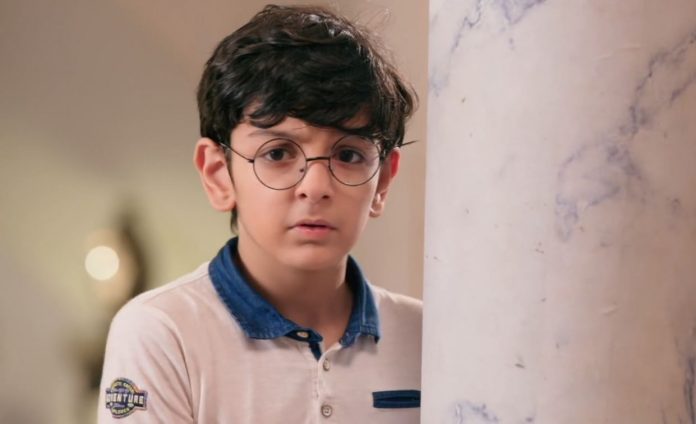 Yeh Rishta 23rd October 2020 Written Update Surprise for Kairav Kartik explains the family that they have to give the surname to Krishna, else she will face much humiliation from the society. He tells that the world will not let Krishna live in peace if they just pity her and give her shelter at home. He asks Manish to trust Naira, if not him. He tells that Naira has raised Kairav all alone. He also wants to try and keep her wish.

She tells that Naira always loved them, she wants to keep Krishna with her. He loves Kairav a lot. He doesn’t want anything wrong to happen with Kairav. He tells that they have a relation with Krishna as well. He asks them to agree at least for humanity. Manish doesn’t listen. Kartik gets upset. On the other hand, Naira apologizes to Kairav. She tells him that few things doesn’t happen as they want, God decides everything for them.

She hugs Kairav. Kartik watches them from far. She tells him that Kairav is upset but he will be fine soon. Kartik also tries to convince Kairav. He tells that he is following his decision just with her support. Naira wants to always support him. He tells that Kairav will be proud that they are not selfish. Akhilesh asks Manish if he isn’t convinced by Kartik.

Manish tells that Kartik isn’t wrong, but he can’t hurt his own children for the sake of supporting Krishna. He doesn’t want Kairav to rebel against his father. He is scared that Kartik will also suffer if his son gets against him. He wants Kartik and Naira to understand Kairav’s feelings. He tells that Kairav and Krish are his responsibility now. He wants to fulfill his responsibility.

He tells that his grandchildren are more dear to him than his children. He is ready to fight Naksh and Kartik for their sake. Meanwhile, Naksh misses Krish a lot. He imagines Krish. Bhabhimaa finds Naksh crying. She asks him to call Krish. Naksh calls Goenka house to asks for Krish. Manish tells him that Krish will get upset on talking to him. He doesn’t let him talk to Krish. Naksh gets raged that Manish has blocked his call. He doesn’t want Goenka family to snatch Krish.

Moreover, Kairav wakes up and finds his mum and dad beside. He is happy to get their attention. He takes care of the baby. He pacifies the crying baby so that Kartik and Naira’s sleep doesn’t get disturbed. He finds them watching him. Kartik praises Kairav for being a good brother. Kairav is still upset with them.

Naira hopes that everything gets fine on Navratri. Kairav has made a chunri for the baby, just like Krishna made. He wants to give the chunri at the time of the puja. Krishna has the same plans. The family meets for the puja. Kartik is happy with his daughter. Naira is thankful to get Devi avatar Akshara. She wants Krishna to become family too. Kairav is happy that he will be gifting the chunri to baby. Krishna shows the chunri to the family and gets praised. Kairav reacts in anger and throws away the chunri.

He doesn’t want the baby to wear Krishna’s chunri. Dadi is upset seeing the fights between the kids. Krishna hides from everyone and cries. Kairav and Naira find Krishna and Kairav crying. Naira calls it enough. She asks Kartik to find a solution soon so that the kids accept each other. She gets some idea and shares it with Kartik. Manish tries to cheer up Kairav. He plays a song and dances for Kairav. Kartik and Naira like to see Kairav smiling. They come up with a skit plan to make Kairav accept Krishna.

Reviewed Rating for this particular episode Yeh Rishta 23rd October 2020 Written Update Surprise for Kairav:3/5
This rating is solely based on the opinion of the writer. You may post your own take on the show in the comment section below.