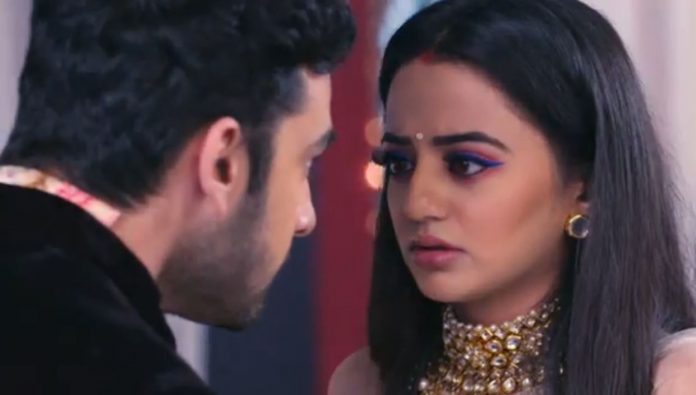 Ishq Mein Marjawan 24th October 2020 Written Update Riddhima faces fatal threat Riddhima is shell shocked to see Ragini alive. She had entered Vansh’s life just to find about Ragini’s murder. She thinks Kabir is a big fool to send her for confirming Ragini’s murder when Ragini is so alive. She realizes that Vansh had been taking care of Ragini. Anupriya informs Kabir that Riddhima lied to Dadi and is coming to meet him. He tells her that his wish will be fulfilled, he will be ending Vansh’s chapter for once and all.

He feels the end has come for Vansh. She reminds him that he should kill Riddhima if she doesn’t listen to him. He knows it well. Riddhima gets emotional watching Vansh looking after Ragini, that too with tears in eyes. She realizes that Vansh really had much love in heart for Ragini, who has just become his responsibility now. Riddhima falls down while seeing them. Vansh gets alert by the sound, but again misses to see him. Kabir awaits Riddhima.

He doesn’t get to see her for hours. He tells Anupriya that Riddhima said she needs his help and wants to meet him. He thinks the reason for her delay. He calls Riddhima, but doesn’t reach her. Vansh fails to see Riddhima and makes a leave after locking the door. Riddhima tries to meet Ragini to know the truth. She realizes Vansh is innocent, he is keeping Ragini safe. She is very happy that her faith has won. She knew Vansh isn’t a murderer. She decides to not give the chip to Kabir until she finds out the truth completely.

She secretly gets into Vansh’s car and makes a return to home with him. Kabir grows mad in anger. He feels Riddhima is cheating him. He really wants to punish her so that she doesn’t use her mind again. Kabir wants her to come up with a good reason for not meeting him. He wants to kill her. Riddhima wants to know why is Vansh proving Ragini dead when she is alive. Her phone rings at the wrong time. Vansh hears the ring tone and stops the car to check. Riddhima hides once again to trick him. Dadi calls Vansh home for Raavan Dahan. Riddhima gets safe that he didn’t see her.

She wants the family to be in peace. She makes excuses to carry the rituals ahead. Dadi instructs the rituals to Riddhima and Ishani also. Ishani makes a plan to trouble Riddhima.

Kabir informs Anupriya that Riddhima is cheating him. He wants to kill her. He tells that he will kill Riddhima before killing Vansh. He can’t take more of her lies. He wants to show his truth to Riddhima. Anupriya tells that she can also kill Riddhima at home. He wants to do it by his own hands. He wants to see the pain and fear in her eyes. Riddhima keeps the memory card hidden in the bangle. She feels proud of Vansh, who is taking care of Ragini. She reaches Vansh to help him. They land into a love moment again. Vansh wants to express his feelings to her.

Reviewed Rating for this particular episode Ishq Mein Marjawan 24th October 2020 Written Update Riddhima faces fatal threat:4/5
This rating is solely based on the opinion of the writer. You may post your own take on the show in the comment section below.