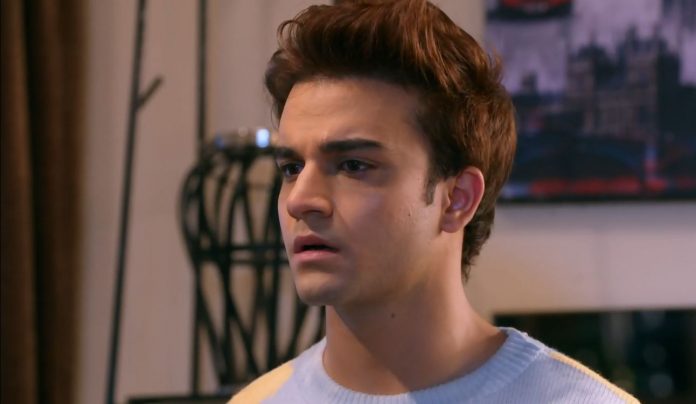 Kumkum Bhagya 26th October 2020 Written Update Ultimatum for Ranbir Pallavi gains consciousness. She asks Dida to explain Ranbir not to love Prachi. She hates Prachi for ruining all the relationships. Dida also thinks Prachi is wrong. She tells that Dimpy has complained about Prachi. Pallavi asks her to make Ranbir away from Prachi. Mitali tells Aaliya about Pragya’s call for Abhi.

Aaliya worries on knowing this. She knows that Pragya would be fuming at Abhi and willing to meet him. Aaliya can’t believe that Pragya is trying to connect to Abhi. She runs out of the house to stop Abhi and Pragya from meeting at the factory. She plans to kill Pragya to make them away. Mitali wants to see drama between Abhi and Prachi’s angry mum. Pragya looks for Abhi’s factory to meet him.

Abhi is at the factory to get rid of the raid issue. He doesn’t want any blame on his company, when he is running the non profitable company on the name of his grandmum. He is ready to cooperate. He lets the officers inspect evert part of the factory. He gets fed up of the problems. Aaliya reaches the factory before Pragya.

Meanwhile, Abhi regrets his words said to Prachi. He feels Prachi has done wrong with Rhea. He was hurt because of Pragya before. He thinks Prachi also broke his trust. He worries for his daughter Rhea. Aaliya doesn’t want Pragya to meet Abhi and ask for Prachi’s rights. She doesn’t want her to return home. She thinks of some plan to kill Pragya. She follows Pragya’s car to kill her. Aaliya smashes the taxi.

Pragya falls out of the car on being hit by Aaliya’s car. Aaliya gets happy to know that the lady has died. She hears the people talking. Prachi knows Abhi is good, he loves Rhea a lot and told all the bitter things just for her sake. She understands his pain. Sarita and Shahana feel bad that Prachi always tolerates things. They want Abhi to know the truth of his own daughter. She asks Prachi to tell him the truth. Prachi recalls the time when she met Abhi for the first time. She tells that Abhi loves Rhea a lot.

She has lived all her life without her dad. She doesn’t feel upset since Abhi isn’t her dad. She tells that its not wrong if Abhi regards her daughter and scolds her some time. She feels bad that Abhi will never accept her in his life, he doesn’t want to see her again. Sarita consoles Prachi. Moreover, Ranbir is worried as he has promised Prachi. Dida wants to advise him. He hugs her.

He tells her that his family should understand his heart. He loves Prachi a lot. He wants his family to trust him. He tells that Prachi is a gem at heart, she will never take revenge on Rhea. Dida tells him that she wants to know the truth about Prachi. He tells Dida that he wasn’t sure of his feelings, but he realized it when Prachi saved his life. She asks him if he loved Rhea. He tells that he didn’t love Rhea. She tells that she can’t explain Pallavi. He asks her to understand him and support him.

She doesn’t know how to answer others. He wants her support. She agrees to support him. Pallavi overhears their decision. She blames Prachi for coming between Ranbir and Rhea. Ranbir tells that Prachi didn’t come between them, he just loves Prachi. Pallavi feels he is going away from the family for the sake of Prachi. He tells that he will always love his family. He just wants to marry Prachi and spend life with her. Pallavi wants him to sacrifice his love for the sake of family. She commands him to choose either of Prachi and her. Ranbir gets worried by the ultimatum.

Reviewed Rating for this particular episode Kumkum Bhagya 26th October 2020 Written Update Ultimatum for Ranbir:2/5
This rating is solely based on the opinion of the writer. You may post your own take on the show in the comment section below.