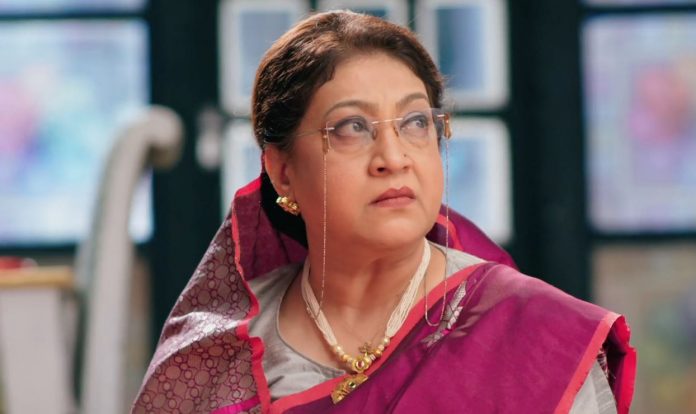 Yeh Rishta Krish Custody 24th October 2020 Written Update Manish pampers the kids with love, and ignores Krishna. He loves Kairav a lot. He doesn’t want Krishna to become part of family. Kartik and Naira come up with an idea to present the skit for Kairav with an intention of explaining him. They want to prove that nothing is more noble than sheltering an orphan. They want to shelter Krishna by adopting her. They wish Kairav derives the right meaning from the skit.

Suwarna tells the kids that Kartik and Naira have aimed to explain Kairav about the noble deed. Krish and Vansh praise the couple for coming with such an idea for the sake of Kairav. They find Kairav very lucky. On seeing Krishna’s story in the skit, Kairav understands that they should also help Krishna and protect her from the evil world. His heart melts down once he understands that just lucky people get a chance to help others. Kairav accepts Krishna as his elder sister.

The family is happy together. Kartik and Naira succeed in explaining their son. Krishna is overjoyed to see Kairav’s change. Later, Kartik and Naira monitor the kids. They want the kids to learn any unknown skill from each other. Krishna teaches a game to her brothers. Kairav introduces Krishna to his friends, who make fun of her. Kairav surprisingly takes a stand for Krishna, which pleases her heart.

Later, Manish calls the kids. He makes an announcement of Krish’s admission in Kairav and Vansh’s school. Kirti gets worried for Naksh’s reaction. Krishna wants to get admission too. Manish sidelines her, feeling she is unfit to join Kairav’s school. He doesn’t think she is qualified. He tells them that Krishna can’t pass the entrance test. He doesn’t want to admit her in the school where her social status won’t match. Kartik and Naira oppose Manish’s decision. They want Manish to get Krishna admitted in the same school. They decide to prepare Krishna for the entrance test. Naksh learns about Krish’s admission done without his consent. He barges into Goenka house to argue with Kirti and Manish. A new custody fight will be seen in the show.

Reviewed Rating for this particular episode Yeh Rishta Krish Custody 24th October 2020 Written Update:4/5
This rating is solely based on the opinion of the writer. You may post your own take on the show in the comment section below.