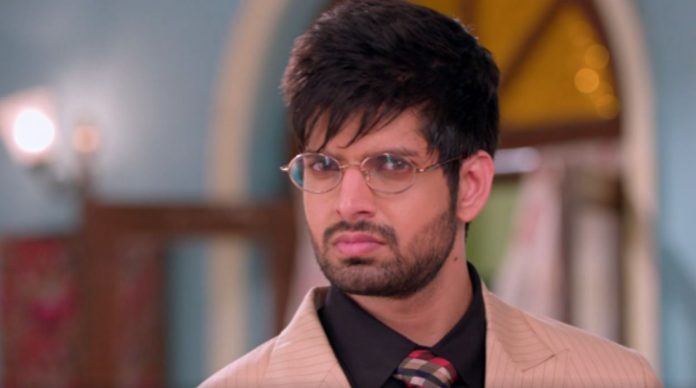 Choti Sardarni 25th October 2020 Written Update Manav to expose killer Meher is upset with the doctor’s negligence in handling the bottle of blood. Meher tries to arrange blood again. She recalls the blood groups of everyone in the family. Nurse informs her about Aditi’s husband Vikram, who has the same blood group as Sarabjeet. Manav tries to get the forensic reports to know the culprit. Sarabjeet gets critical.

Doctor asks his team to find the blood donor. Meher fails to contact Manav. She runs to his home to meet him, while he reaches the hospital to see Sarabjeet. Manav spots her running madly and stops her. She asks him to donate blood to Sarabjeet and save his life. She tells him that Sarabjeet is critical. Manav doesn’t want to give the blood to Sarabjeet, who had snatched his love. He tells Meher that he has lost much blood when Kulwant stabbed him to death.

She begs him to save her husband. She tells him that the entire family needs Sarabjeet. She tells that she will give her life to him if he asks for it. She wants him to save Sarabjeet at any cost. She tells that she will die if anything happens to Sarabjeet. Manav can’t see her begging like this. He feels she has become Sarabjeet’s Meher now. He undergoes the pain of heartbreak. He tells her that he will give blood for the sake of her love. He accepts her demand.

Manav donates the blood to Sarabjeet to save him. Meher makes prayers for Sarabjeet’s life. Manav hopes Sarabjeet returns to life. He can’t see Meher broken down. Meher’s prayers get answered. Sarabjeet’s condition gets stable. Manav was also afraid that Meher will lose Sarabjeet, but a miracle saves him. Doctor informs Meher that Sarabjeet is stable, but not out of danger. He wants the patient to regain consciousness.

Manav wants to leave from Meher’s sight. She thanks him for the huge favor on her. He just sees Sarabjeet’s wife in her. She tells that she can do anything in return for his favor. Manav wants her to look at herself, since she has become just like Sarabjeet. He doesn’t think she can do anything for him. She asks him to test her promise. She promises to do anything he asks for. Manav holds her responsible for giving him much wounds.

He asks her to take rest. He wants to know the forensic reports. Manish gets the reports. Manish tells about the four suspects, Rana, Kulwant, Robby and Jagga. Meher recalls that everyone had a motive to kill Sarabjeet. She wants to know the culprit. Manav also wants to know the truth. He promises to unmask the culprit. Moreover, Manav meets Bittu and Rana to pressurize them for a confession. He tells that their fingerprints were found on the gun. He meets Kulwant and accuses her as well. He tells that he has got the forensic reports.

He mentions that her name has also come along with her sons. He asks Kulwant to serve him the food. Kulwant stares at him angrily. He tells that he will settle all the scores with her. He takes the investigations ahead. He wants them to admit that they shot Sarabjeet. Bittu and Rana admit that they just picked the gun, Sarabjeet wanted to get them arrested for Manav’s murder, they planned to leave the city and trick Sarabjeet, they didn’t wish to harm Sarabjeet, they just got the gun to scare the police and run away. Harleen gets conscious. She asks for Sarabjeet. Robby tells her that Sarabjeet is getting treated at the hospital.

Robby tells them that Vikram is investigating Sarabjeet’s murder attack. Harleen wants to see her brother. Kulwant tells Vikram that she picked the gun to shoot herself, since Sarabjeet was getting her arrested. She tells that she changed her mind since she isn’t a coward. Manav knows she is a great liar, since she had tried to kill him too. He promises to bring out the truth. Who is the culprit? Keep reading.

Reviewed Rating for this particular episode Choti Sardarni 25th October 2020 Written Update Manav to expose killer:2/5
This rating is solely based on the opinion of the writer. You may post your own take on the show in the comment section below.