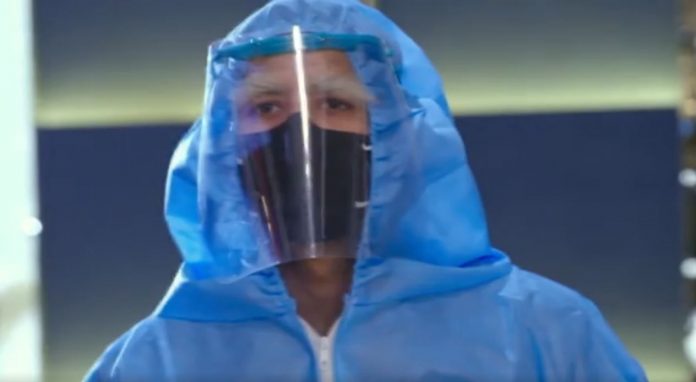 Ishq Mein Marjawan 2 Written Update 26th October 2020 Kabir returns to VR mansion Vansh realizes that Riddhima is inside the Raavan statue. He sees Riddhima’s bangle ghungroos fallen on the ground, which passes from the entrance to the Raavan statue. He realizes that she was dragged to the statue by someone who wants to kill her again. He stops the fire from catching the statue.

He saves Riddhima’s life once again. Aryan gets worried. Vansh doesn’t think that anyone from his enemy can take such an extreme step. He already knows Anupriya, Chanchal and Ishani’s hatred towards Riddhima. He wants to know it from Riddhima, who had attacked her. He tells that he will not leave the attacker this time. Aryan is worried that Riddhima will tell his name and get him killed by Vansh’s hands.

He suspects Chanchal and Aryan, who were hurrying to burn the Raavan statue. Vansh doesn’t waste time in ruling out the possibilities. He saves Riddhima by bringing her out of the Raavan statue. Vansh decides to not spare the culprit this time who dared to hurt his wife. Dadi asks Vansh to be happy that Riddhima got saved, but wants him to protect her from now. Riddhima too thinks to inform Vansh that Aryan is threatening his wife. Anupriya thinks it would be better if Riddhima died. Riddhima lies to Vansh that she fainted down and fell near the statue. She hides about Chanchal and Aryan’s crime.

Also, Dadi tells Riddhima that Vansh’s Vijay tilak is still due and just some time is left for the ritual to complete. She hurries to get the sindoor for tilak. Riddhima tells Dadi that she will do it herself. Riddhima and Vansh share the same Tilak by a romantic moment. They touch each other’s forehead. They land into an Ishq Mein Marjawan moment, sharing their newly realized feelings for each other. Dadi gets happy to see them so happy together. Everyone in the house dislike their closeness.

Kabir informs Anupriya that he is coming to VR mansion when everyone is busy in Raavan Dahan. Anupriya makes an excuse ready to get Kabir inside the mansion. Kabir takes the disguise of a doctor. He tells that he has come to check Riddhima when someone called for him. Kabir happens to see the growing proximity between Vansh and Riddhima. Vansh is much happy to have Riddhima in his life.

Riddhima wants to tell her feelings to Vansh. Kabir makes excuses to get some time to stay back in the house. He examines Riddhima and gives her the medicines. Vansh thinks he will leave soon. Kabir searches for the chip. Kabir reaches Riddhima’s room by an excuse to find out the memory chip. He wants to send Vansh to the jail for Ragini’s murder. He finally gets to see Riddhima’s bangle in which she has hidden the chip.

Vansh completes the Raavan dahan. Dadi hopes the evil from the hearts of some family members also burn with the Raavan. Riddhima burns the chip so that there is no more misunderstanding between Vansh and her. She wants to make a new start soon. Riddhima has seen Ragini alive and wants to speak to Vansh. She plans a lovely surprise for Vansh. Kabir plans to end Riddhima’s love story. He goes to shock her. Kabir meets Riddhima to get the memory card, which she has already burnt in the fire. She doesn’t want to give any proof to Kabir. Kabir loses his mind when she tells that she doesn’t have the card.

He tells that he wants justice for Ragini. His aim is to rule in VR mansion after getting rid of Vansh. Riddhima gets close to tell him that Ragini is alive, but Vansh comes there. Vansh doesn’t see Kabir in the room. Kabir makes an escape. Kabir and Riddhima’s talk stays incomplete. Riddhima surprises Vansh with a bowl of sweets. She shares a moment which breaks when she names Ragini. Vansh gets angered that Ragini is still between Riddhima and him, when she is dead. Vansh feels that Ragini is ruining his marriage. Vansh gets too upset with her spying. He leaves Riddhima in tears.

Reviewed Rating for this particular episode Ishq Mein Marjawan 2 Written Update 26th October 2020 Kabir returns to VR mansion: 4/5
This rating is solely based on the opinion of the writer. You may post your own take on the show in the comment section below.