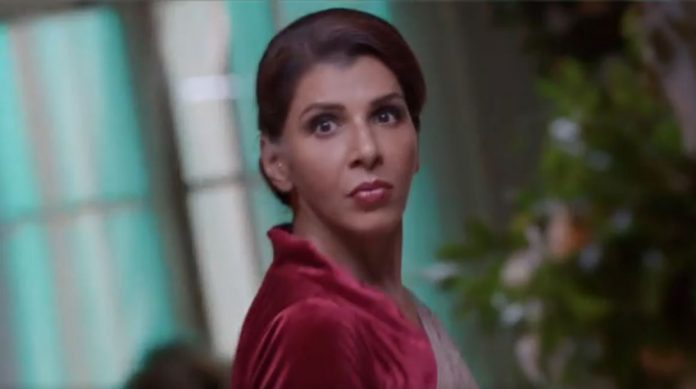 Choti Sardarni 28th October 2020 Written Update Kulwant threatens Manav Sarabjeet tells that she has saved him once again. He didn’t lose courage. He was determined to return for the sake of family. He couldn’t leave his family. He tells that he lives just for them. Meher and Sarabjeet want each other to stay fine always. They share a moment of togetherness. Param calls Meher and wants to see his parents together. He takes care of little Karan. Meher tells them that her children love her the most. Param tells that he also loves them a lot.

Vikram shocks Seema by showing Surya’s dead body. Kulwant tries to get rid of Sarabjeet’s blames. She tells her sons that they will have to take a step to save themselves form the police. They agree to support him. She wants Vikram to admit that he is Manav, so that she gets saved from Manav’s murder charges. She troubles Vikram, being insensitive towards Seema. Manav can’t admit the truth of his real identity, since it would take away Seema’s last hope and life. He can’t see his mother dying.

He has already lost Surya and doesn’t want Kulwant’s selfishness to kill Seema. Kulwant pressurizes him on meeting him at the funeral ceremony. Manav tries to keep her away from Seema. Kulwant gets threatening him. She does a big drama in front of Seema and gets more sorrow for Seema. She angers Manav by her drama.

He knows that she is doing it intentionally. He takes her aside to know what she wants. She acts in front of the guests. She just wants to save herself from the arrest. She knows Sarabjeet will not spare her and get back to his crazy decision to get her arrested for Manav’s murder once he returns home. She takes the step to secure her future. She asks him to think of Seema, if he wants to save her life or not.

She threatens him of Seema. She tells that Surya can’t die on his own, she senses someone’s conspiracy behind it. She tries to fill Seema’s mind against Manav. Manav stops her from hurting Seema’s heart further. Kulwant reminds Seema that she turned into a widow when she was preparing for Karwachauth. Manav wants her to stop the madness. She tells that earlier he didn’t had any family, but now he has a mother to look after. Manav asks her to be ashamed to take an advantage of such a situation.

Kulwant tells that she can kill anyone for her motive, its not a big thing for her to take an advantage of anyone. Manav finds her very stone-hearted. Kulwant asks Seema to await Vikram and Aditi’s son so that they get happiness in the family. Manav watches her silently and controls his temper. He is much sad that Surya died. He doesn’t want to lose Seema. He gets troubled thinking of Kulwant’s words. Moreover, Harleen meets Sarabjeet and Meher. He asks them about the attacker.

Meher decides to not tell Surya’s name to anyone. Sarabjeet tells that they don’t know anything. Harleen tells that she will not leave the attacker. Kulwant slaps her sons for their overacting. She wants them to apologize to Sarabjeet and beg him for forgiveness. She asks her sons to lie to Sarabjeet that they are going to become fathers, since Sarabjeet is fond of kids. She hopes that Sarabjeet will forgive them. She meets Sarabjeet. She finds the police in the ward.

She gets tensed to know that Sarabjeet has called the police for Manav’s case. He tells the inspector that Kulwant, Bittu and Rana are the accused in Manav’s case. He asks the inspector to arrest them. Kulwant asks Sarabjeet to be scared of God and not treat the in-laws badly. She tells that she is like his mother. She does an emotional drama. She is mentally prepared to tell the police that Manav is Vikram.

Meher and Sarabjeet ask Kulwant to stop the drama. Bittu and Rana tell Sarabjeet that their wives are pregnant, they don’t want to go to jail. Sarabjeet doesn’t listen to anyone. Kulwant threatens Meher when the latter doesn’t listen. She makes a call to Manav to threaten him. Manav tries to avoid Kulwant. What decision will Manav take? Will Kulwant expose his identity to save herself? Keep reading.

Reviewed Rating for this particular episode Choti Sardarni 28th October 2020 Written Update Kulwant threatens Manav:5/5
This rating is solely based on the opinion of the writer. You may post your own take on the show in the comment section below.