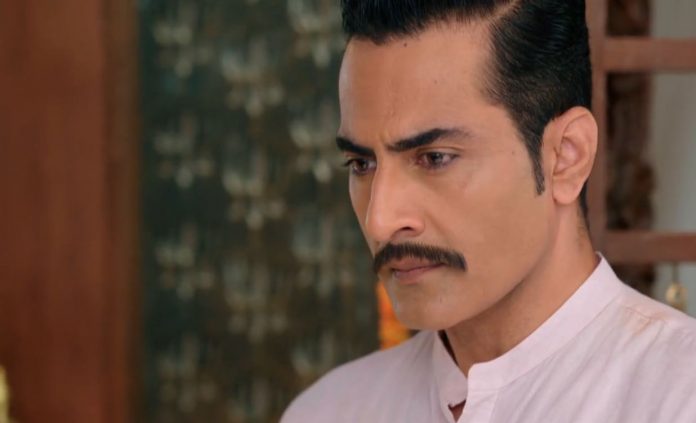 Anupama 29th October 2020 Written Update Vanraj exposed to Samar Kavya wants to meet Vanraj. He refuses to meet her. He feels she has told the truth to Devika and increased problems for her. She was helpless to lie to everyone. He tells that she could have dealt with it, but she wanted to bring out the truth. He doesn’t want to argue with her. He is stressed about Anupama. She tells that she is also in stress. He wants to be alone for some time.

She wants him to be clear if he wants to break up with her. On the other hand, Anupama informs Devika that her relation with Vanraj is over. Devika asks her to tell the family about his cheat. She asks Anupama to leave the family to Vanraj. She tells that he should also take care of the responsibility. Anupama doesn’t want to become selfish. Devika is proud of Anupama’s selflessness. She tells that a man can break relations, but a woman can never do this.

Anupama hides the matter from Pakhi. Pakhi is surprised to know that Anupama wants to shift to her room. Anupama finds hard to explain her. She promises to not break her privacy. Pakhi asks her if she can stay without Vanraj. Anupama wants to learn to stay without Vanraj. Pakhi asks Vanraj if he had a fight with Anupama. Vanraj asks her if Anupama told her.

She keeps the truth to herself. She can’t ruin his happiness. She knows the truth will come out soon. Paritosh wants to see Anupama. She takes care of him like always. She confronts him about knowing Vanraj’s affair. She wants to know why Paritosh has kept their affair a secret. She tells that she had a right to know about her marriage.

He tells her that Vanraj promised her that everything was over between Kavya and him. He didn’t feel the need to alert her when the matter was baseless. Anupama feels he is innocent like her. She tells him that Vanraj had made a story and fooled him well. She reveals that Vanraj and Kavya are still together. He wants her to forget it. He tells that Nandini told him the truth. He reveals that Sanjay also knew about it and tried to stop Vanraj and Kavya’s marriage.

Anupama is hurt that Sanjay has also hidden the truth from her. She realizes that he wanted to alert her. She doesn’t want Paritosh to take decisions for her. She wants to decide it herself. Kinjal meets Anupama. She finds her upset. Moreover, Vanraj wants Anupama to pretend normal in front of the family. Anupama works hard for the family’s sake. Vanraj pretends caring towards her. Anupama doesn’t wear the nuptial chain. Baa tells her that she should wear it soon.

The family demands Vanraj to put the nuptial chain in Anupama’s neck. Vanraj feels victorious. Anupama is angered. She is affected by his cheat. She stops Vanraj to wear the nuptial chain. She refuses to wear it. Anupama finds hard to answer Baa. She tells that the nuptial chain is weak and can break anytime. Vanraj wants the family to live in the illusion. Anupama’s sorrow doesn’t matter to him. Vanraj warns her about his decision. She tells that she will not punish other relations for his cheat. She has spared him just for the sake of his family.

She wants him to understand it. Samar cheers Anupama on knowing about Vanraj’s shameless act. He gets into a heated argument with Vanraj. He ends his ties with Vanraj. He snatches Vanraj’s right to call him a son. He knows Vanraj has shattered Anupama. He supports Anupama.

Reviewed Rating for this particular episode Anupama 29th October 2020 Written Update Vanraj exposed to Samar:3/5
This rating is solely based on the opinion of the writer. You may post your own take on the show in the comment section below.