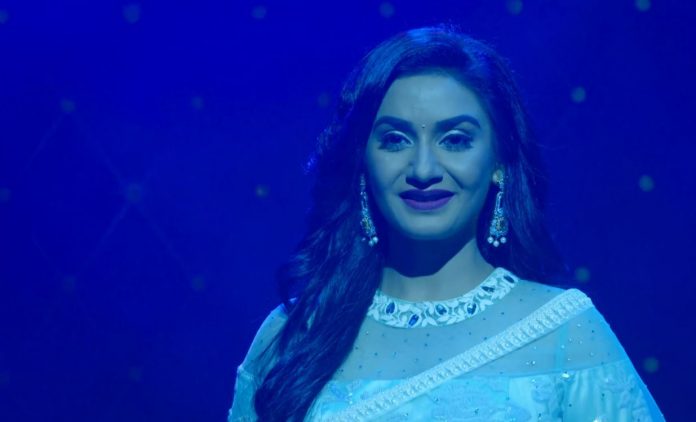 Shaadi Mubarak 29th October 2020 Written Update Preeti stuns KT Aryan suggests Preeti to change her dress according to the party dress code. Preeti feels its a challenge for her. Meanwhile, Kusum shops for jewellery for Priyanka’s wedding. Kusum feels upset that Priyanka doesn’t value her. Sumedh cheers up his mother. Kusum wants love from her daughter. She feels she has done wrong to send Priyanka away in her childhood. She regrets to lose Priyanka. She wants to keep a grand marriage for Priyanka. Sumedh encourages her. Preeti is confused.

She is affected by Aryan and Tia’s words. On the other hand, Tarun wants to fail Preeti’s career. He tells Rati that he can’t handle Priyanka now. Rati wants to handle her. She tells that she will defame Priyanka and ruin her engagement. She wants her revenge on Kusum as well. KT welcomes Aryan and his would be wife Roop in the cocktail party.

Aryan enquires about Preeti. He doesn’t think Preeti will be a part of the party. KT tells them that Preeti would be coming for sure. Preeti stuns everyone with her traditional look. She wants to change Aryan and Tia’s perception towards the traditional dressing. KT finds Preeti perfect. Preeti congratulates Roop. The people didn’t think that saree can look so amazing. Aryan is also pleased by hearing Preeti’s take on the unique fashion statement.

She tells that one who wears saree isn’t old fashioned. She answers Aryan well. Aryan agrees with her thinking. He takes his words back. He accepts that his thinking was outdated. Rati and Chanda come to attend Aryan’s party. Rati likes Preeti’s grace. She likes the designer saree worn by Preeti. They are surprised to see Preeti in the party. Rati tries to insult Preeti. Roop didn’t know that Rati is Preeti’s Bahu. The girls praise Preeti, which upsets Rati. Chanda feels Rati can’t stop Preeti’s flight of success. She asks Rati to leave things to her.

She targets KT. Preeti and KT check the bar counter. They get some drinks for themselves. She wants to have everything done in time. KT spends time with her. Chanda grows jealous. KT dances for Preeti. KT lands into an unavoidable situation when his pant gets torn. Chanda spikes Preeti’s drink to get her insulted.

Reviewed Rating for this particular episode Shaadi Mubarak 29th October 2020 Written Update Preeti stuns KT:5/5
This rating is solely based on the opinion of the writer. You may post your own take on the show in the comment section below.